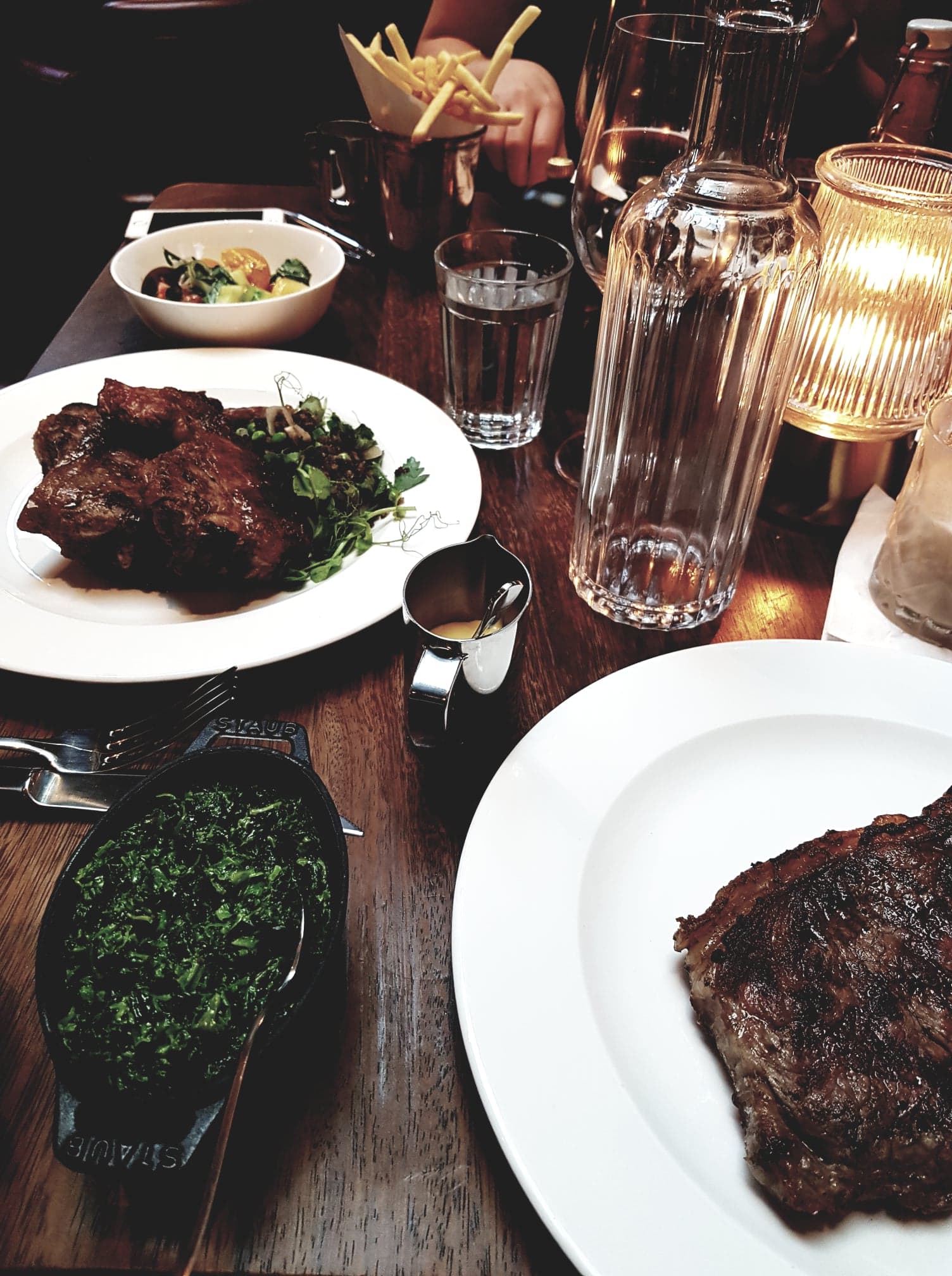 5th September 2018 in Our Recommendations by Grace Tebbutt

Established in 2006, The Hawksmoor is the brainchild of Will Beckett and Huw Gott, two friends who cut their teeth in the east London bar scene and decided to turn their hand to food; crafting a concept built on the fundamentals of exceptional, locally sourced ingredients, old fashioned cocktails and a simple but on point wine list. The Hawksmoor brand took off, opening six branches in London and then heading north to Manchester in 2015 where it gave Gaucho and Grill on the Alley a serious run for their money in the steak stakes.

So I’d watched with interest to see how the Hawksmoor would tackle its second venture outside the capital. Here at Citybase, we simply adore Edinburgh, and some of our finest serviced apartments are located in the historic city. So when Citybase Apartments’ marketing team was in Edinburgh just days after the new restaurant’s soft launch, it was the perfect opportunity to see for ourselves. 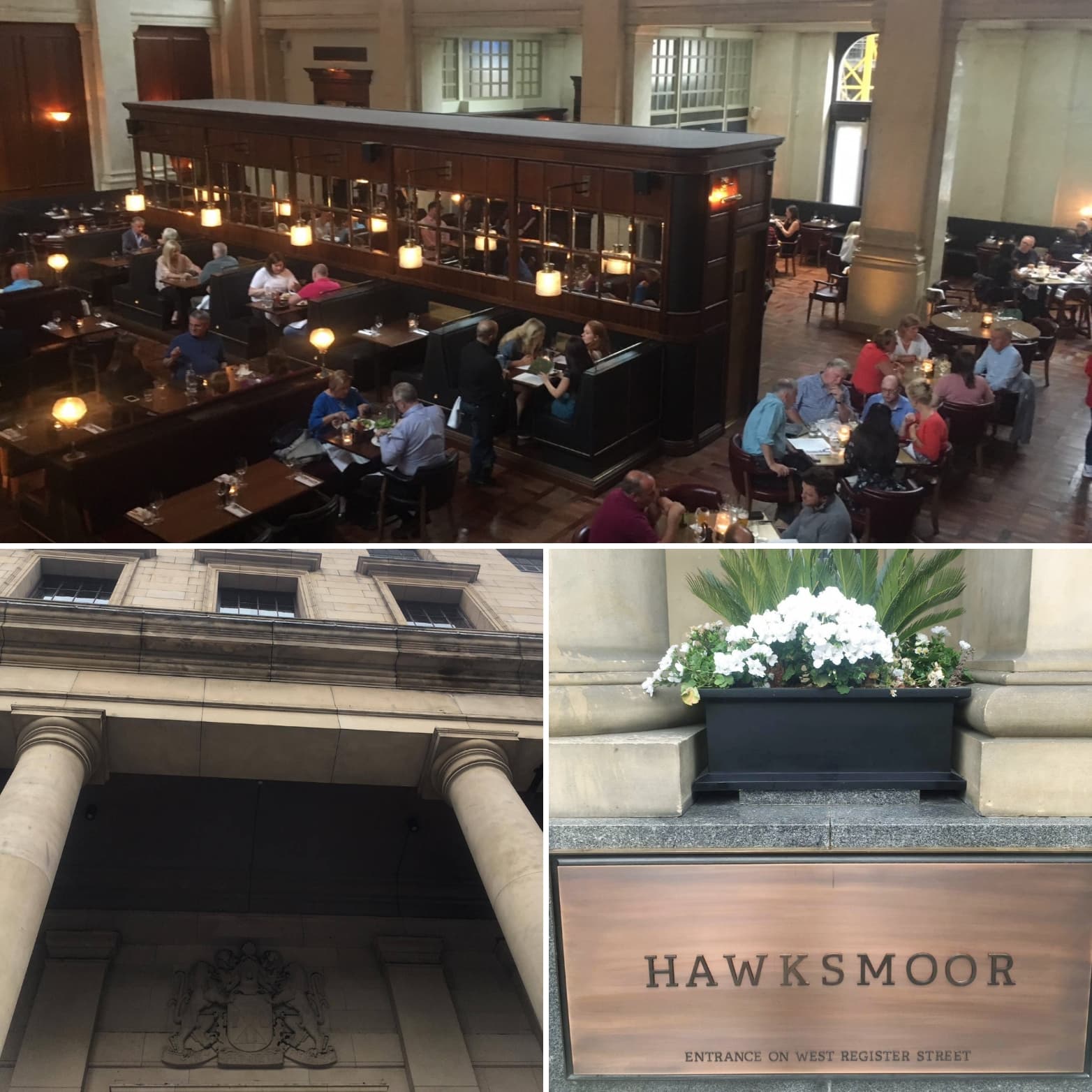 For any foodie, Hawksmoor is where you go to sate a craving for steak. This is meat borne of a fastidious love, bordering on obsession, & the cornerstones of great quality, the freshest possible meat and seafood, ethically reared and sustainably sourced.

The search for the perfect location forms an integral part of the process in opening a new Hawksmoor restaurant and the guys seem to have hit on a winning formula in this regard: period properties, sensitively renovated with reclaimed materials. The results are distinctively British, gentlemen’s club interiors, and an unpretentious, confident, comfortable-in-its-own-skin ambience.

And in their latest venture, they’ve taken on a colossus of a project…

42 St Andrew Square to be precise. The imposing building comes with an auspicious history and occupies a prestigious location in Edinburgh’s new town. Could there be a bolder, more quintessential symbol of the Scottish establishment than the former global headquarters of the Royal Bank of Scotland? Built between 1936 and 1942, the exterior is a great example of modern neo classical architecture. It’s clearly been a painstaking labour of love to remedy some of the significant modifications the interior endured in the 1970s, which concealed much of the late Scottish Art Deco interior with, as one source put it, “hideous 70s style carpet and orange wallpaper”. It’s been sensitively refurbished to celebrate the building’s original features, with new additions largely reclaimed materials from the same era.  It’s nothing short of spectacular, with soaring ceilings, polished limestone-clad walls and a series of etched-glass windows by Sadie McLellan.

It’s been empty since 2007 when the bank relocated and there has been much speculation as to what would become of it. The restaurant occupies the ground floor of the Edinburgh Grand, the anchor tenants of no.42, also recently opened, offering 50 exquisite serviced apartments which set a new standard for the city’s luxury accommodation market.

So there’s a real buzz about this place and the consensus was that whoever took on this address would need a presence befitting to the setting. Enter the Hawksmoor. It’s a great fit for the space, and complements the Edinburgh Grand perfectly. We were greeted by relaxed, friendly, knowledgeable staff and a come as you are attitude. We noted that, of the 170 covers, there were diners of all demographics; those – like us – who’d dropped in after work; some who’d clearly made an effort and were in for a special occasion; groups; couples, and families.

The restaurant itself is comfortably spaced, with a slightly mismatched air to the décor, like going to lunch at Granny’s house and giving the impression that it’s been here much longer than two weeks. The interior design reflects a pared back elegance and unfussy approach which graciously lets the food take centre stage and sing.

And sing it does. Our table fell silent, All non-food related conversation ceased; forks cris-crossed the table amid sighs of ecstasy, ‘oh my god’, ‘you have to try this’.The portions are generous to say the least. The crab starter was a fist-sized pile which could easily be a light lunch in its own right and the mountain of lamb t-bones that I worked my way through would have satisfied a pack of wolves on a cheat day. 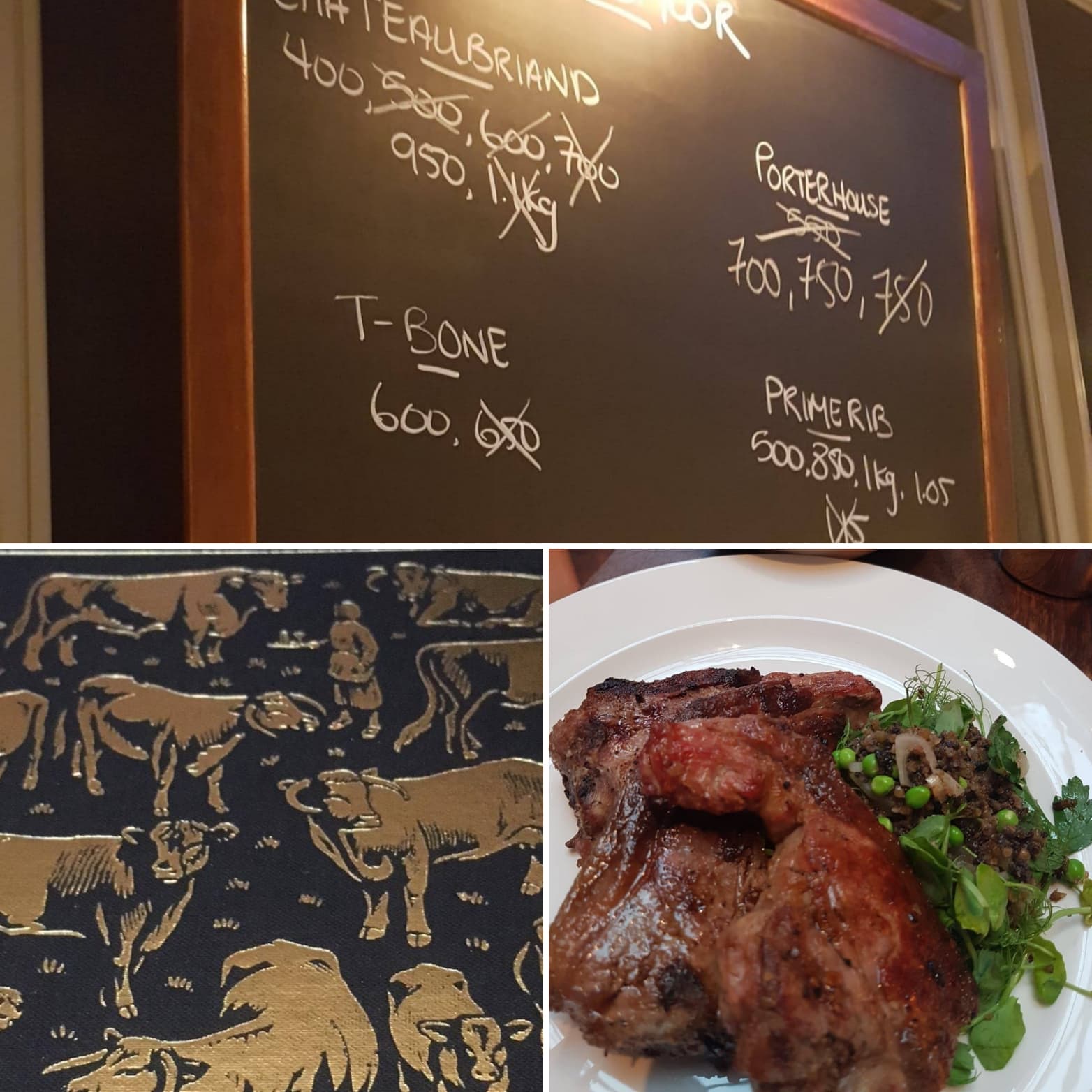 The langoustine scampi was the best I’ve ever had, anywhere; the mushrooms beefy, juicy, sweet and herby. And the beef and bone marrow (stay with me) sausages - while no-one could argue that these are the most photogenic dish on the menu - but there are no words.

It was all exquisitely tender and flavoursome. And it should be. This is what we’ve come to expect from Hawksmoor and its suppliers, all of whom have the highest standards of animal welfare. Hung typically for 40 days, this is as good as it gets meat-wise. And no, it isn’t cheap. But – in the Hawksmoor’s own words “the best ingredients rarely are”.

Something we love is that, even though each of the Hawksmoor restaurants has a distinctive personality, and the menus reflect these, it always stays true to the cornerstone of a philosophy that’s served it well over the years – an uncompromising commitment to the finest ingredients: getting the basics right and taking a meticulous approach to every cut. It’s also refreshingly anti-elitist, doesn’t take itself too seriously or try to intimidate diners with ridiculous wine lists, snooty waiters or wordy menus.

There’s an affectionately playful nod to British culinary culture that runs through the personality of the whole place and the menus will fill any child of the 80s and 90s with a warm nostalgic glow, the marmalade cocktail, Shaky Pete’s Ginger Brew and a range of retro puddings– including salted caramel Rolos and The Ambassador’s Reception - no prizes for guessing what classic 80s treat the latter pays tribute to. 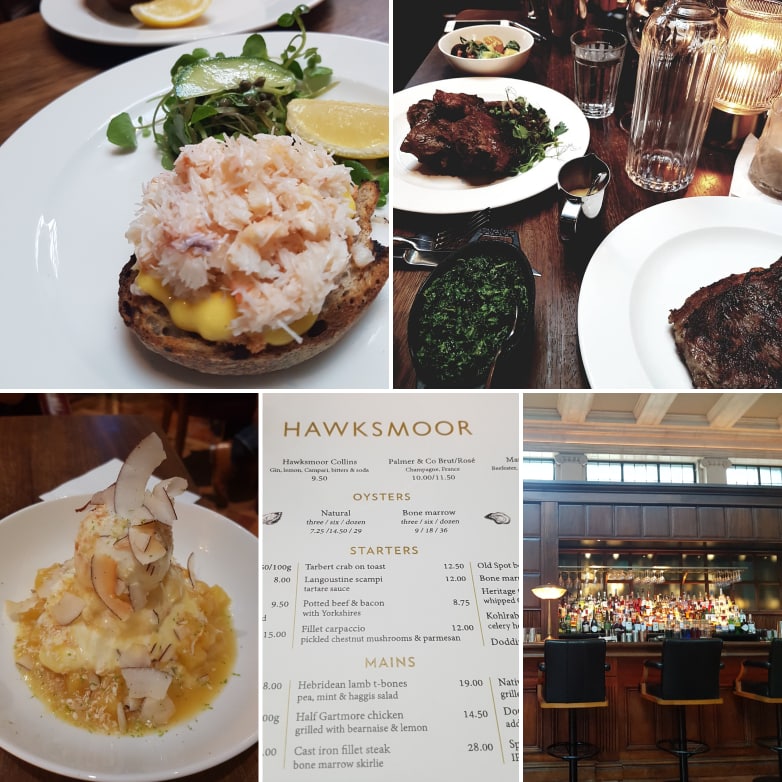 Being four marketers, we can’t resist personifying brands (honestly, this is how we have fun). If the Hawksmoor was joining you for dinner you might expect it to stroll in like a bowler hatted George Banks: a copy of the FT in one hand, umbrella in the other - the confidence and unflappability of the establishment personified. But this is a George Banks with a wry sense of humour, a modern spirit and an irreverent east London soul. And we loved it. In fact, the Hawksmoor is everything we think is great about British cuisine: quietly confident, understated, unpretentious, and the food is quite simply marvellous.

For more recommendations of where to eat in the magical city of Edinburgh, read our blog about its finest restaurants. You can also discover the best time of year to book a serviced apartment in Edinburgh.

Our Best Festival Apartments for your Summer Music Holiday

Staycations in the UK: Our Top 4 Holiday Apartments 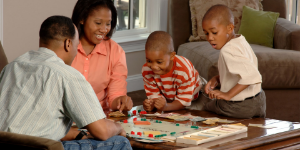 Fun things to do inside your serviced apartment - family edition

The Very Best Serviced Apartments Cambridge has to Offer