This month our Citybase travellers were in The Beatles home town, Liverpool you have been Tried and Tested:

First off Penny McLelland went to Liverpool to see what the city could offer a three year old ...

"For me the journey was fairly quick. With a three year old and my fiancé it was much easier to take the car down to Liverpool from Lancaster than the train. It probably took us around an hour and 20 minutes, with hardly any traffic which was great! We found the property we had booked easily and Scarlett, my daughter was super excited to explore the apartment. We were staying with Staybridge Suites Liverpool. Our daughter was taken in by the 'Swimming pool bathtub' and the 'marshmallow bed'. From our window we could see the Wheel of Liverpool and she was extremely excited to 'play on' it, which of course we had to indulge the following day. That evening though we settled down and put Scarlett to bed, she settled in quickly so Chris and I were able to watch a few films and drink a few glasses of wine before we too went to sleep. 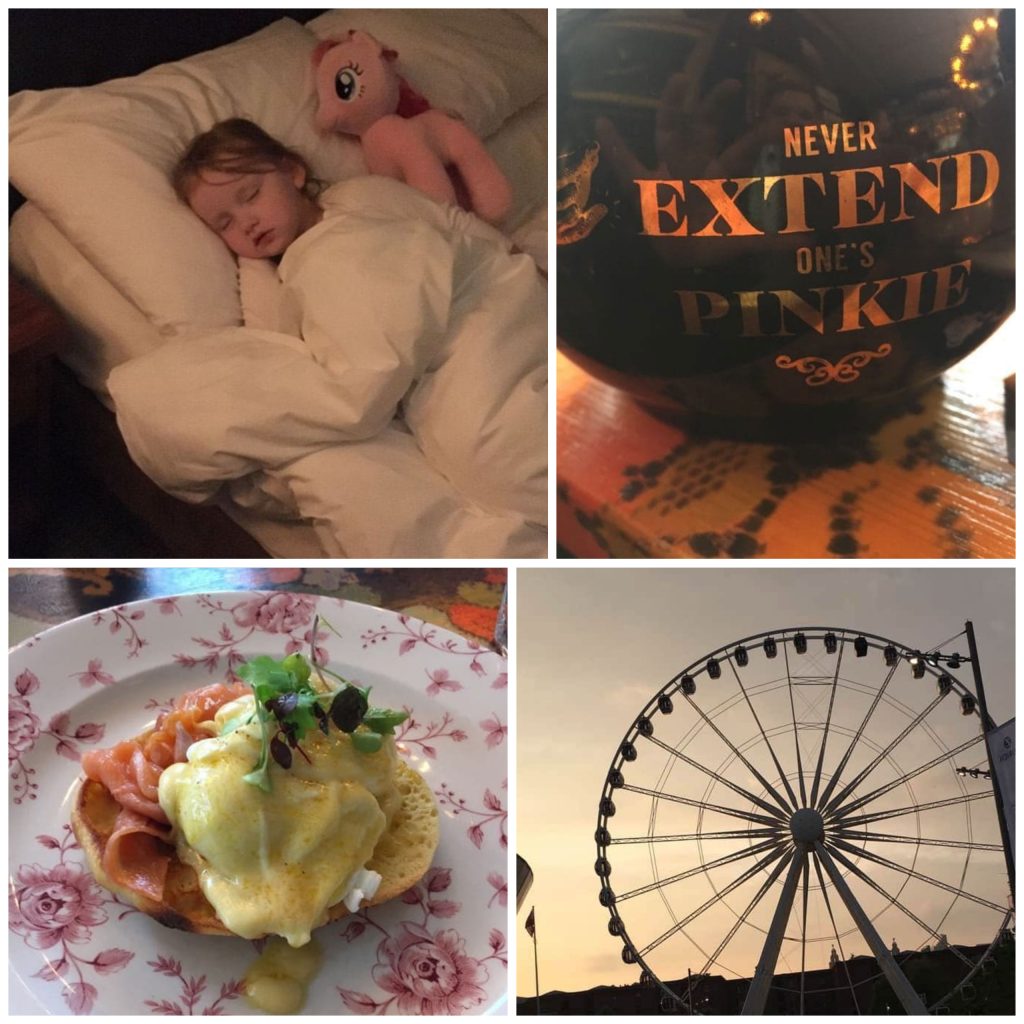 In the morning we woke up to Scarlett jumping on our bed wanting to explore Liverpool. We headed out for breakfast and found the wonderful Cosy Club which offered us a range of breakfasts and Scarlett was very happy picking at her eggs that the staff had cooked up for her. After our very lovely meal we headed out and went down to the dock to take a boat around Liverpool. They gave us life jackets and it was very easy getting a cruise on the river. The sights were beautiful and totally gave us a different perspective of the city, seeing it from the water rather than on land.

After the cruise, which we all thoroughly enjoyed we treated Scarlett to a 'play' on the Wheel of Liverpool. She loved it! She was convinced that she was flying and made wooshing noises the whole way round. The first half of the ride, the noises seemed endearing, but on the second half we had to put a stop to it, despite the silence she couldn't stop grinning, so that was a win all round. 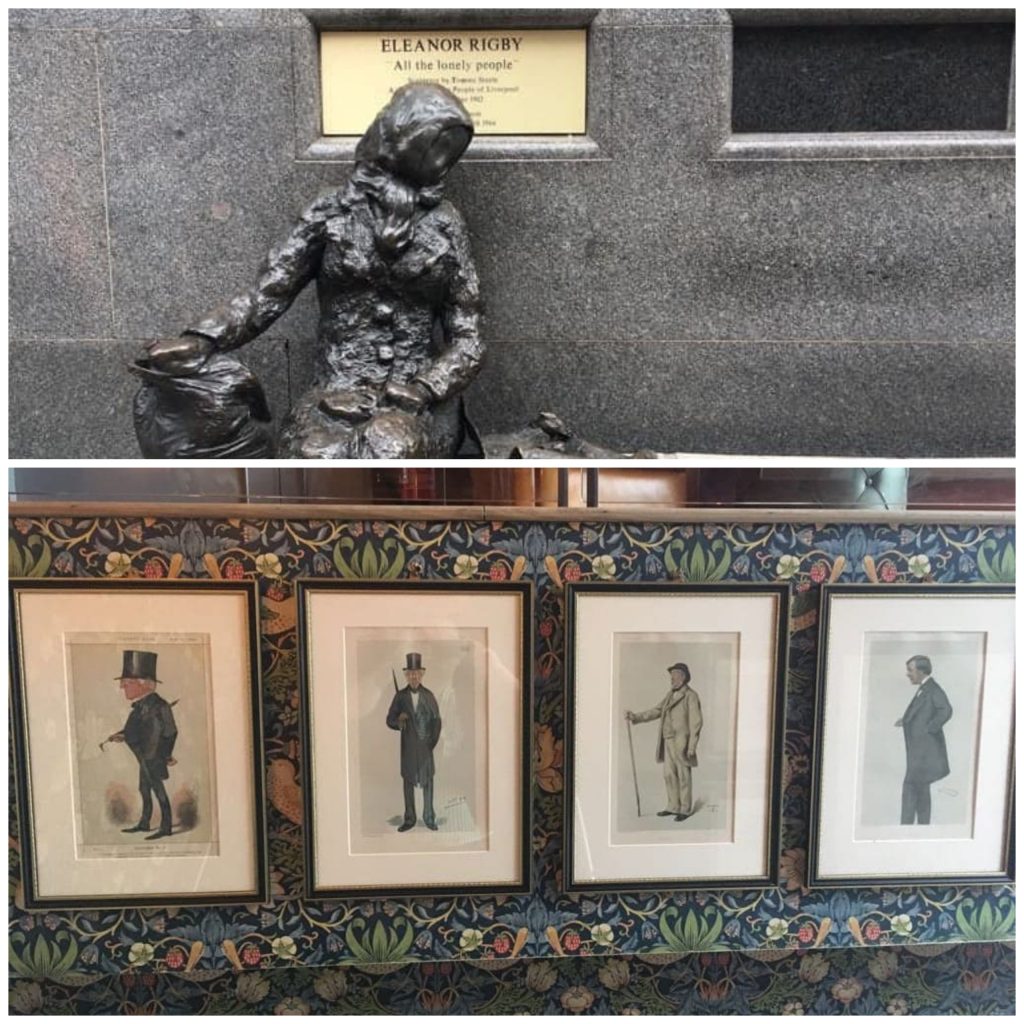 In the evening we headed to Pizza Italia to grab a takeaway then headed back to the apartment. Having enough space to sit down at the table with a takeaway pizza was just perfect. We were able to enjoy without the hassle of taking a very tired three-year-old out for a meal. After dinner Scarlett settled easily again and me and Chris were able to relax in the living room for a while enjoying each others company and talking about how our week had been. We both work full time and it was nice to get that piece and quiet whilst having a little holiday in Liverpool.

In the morning we had cereal that I had bought the day before and we enjoyed a nice coffee from the coffee machine which was included with the serviced apartment. After doing a bit of shopping and treating our daughter to a few more shoes (children's shows are too cute not to buy) we decided to head home, picking up some sushi on the way back to the car. Scarlett was very tired and slept the entire way home which was a first. Chris did as well, which left me driving back to Lancaster in the pleasure of my own company with the occasional snore and jerk from Chris.

We would absolutely recommend Liverpool and this apartment for families!"

Next up Emma Lupton went with her sister to see if Liverpool was prepared for the Lupton siblings...

"The train/bus journey there was a nightmare, it only took us 2 hours but it felt longer. However, we were so happy with the serviced apartment that it was all worth it. We had booked in with Staycity Liverpool Duke Street and these apartments were amazing. We were practically in the city centre and it was the perfect balance of modern style and home comforts. We made ourselves a cup of tea and relaxed in the living area until we decided to explore what Liverpool had to offer.

If you go to Liverpool and are looking for a great way to start your night off, we would highly recommend Ghetto Golf. The walls were painted with neon art and they had a bar serving a range of alcohol as you play the golf course. My sister and I got very competitive and we loved the BBQ street food at Apocalypse Cow at the end which was delicious. 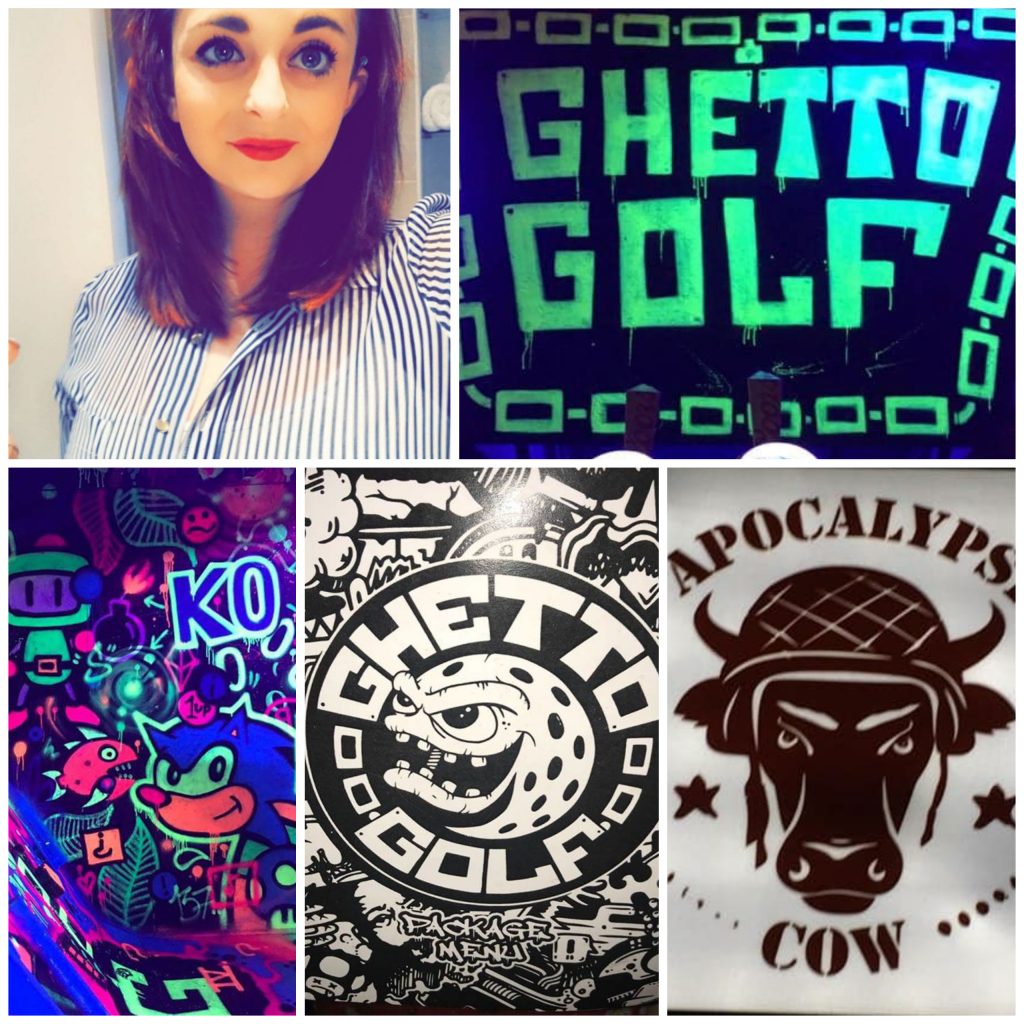 After Ghetto Golf and Apocalypse Cow we headed out to see the nightlife of Liverpool. Which was amazing. There are so many clubs and bars to choose from and we danced the night away with ease, finally getting back into the apartment in the early hours of the morning. It was such a good night and coming back to the apartment was so much better as we had ended up bringing a takeaway back with us which we could perch on the table as we watched TV before we both fell asleep on the couch.

In the morning we were a bit fragile, but luckily we had brought provisions with us and had put them in the fridge for this morning. We were prepared. We tucked in to orange juice, yogurts, and cereal whilst we were still in our pajamas. The morning was a lazy one and we chilled in the apartment for most of it. It got to early afternoon and instead of wasting the rest of the day feeling sorry for ourselves we decided to do a bit of shopping. Liverpool is fantastic for shopping, we ended up buying new outfits, shoes, and grabbing some late lunch at Yo! Sushi. After what seemed like a long day exploring we found a Wagamamas and enjoyed a meal there before heading back to the apartment. 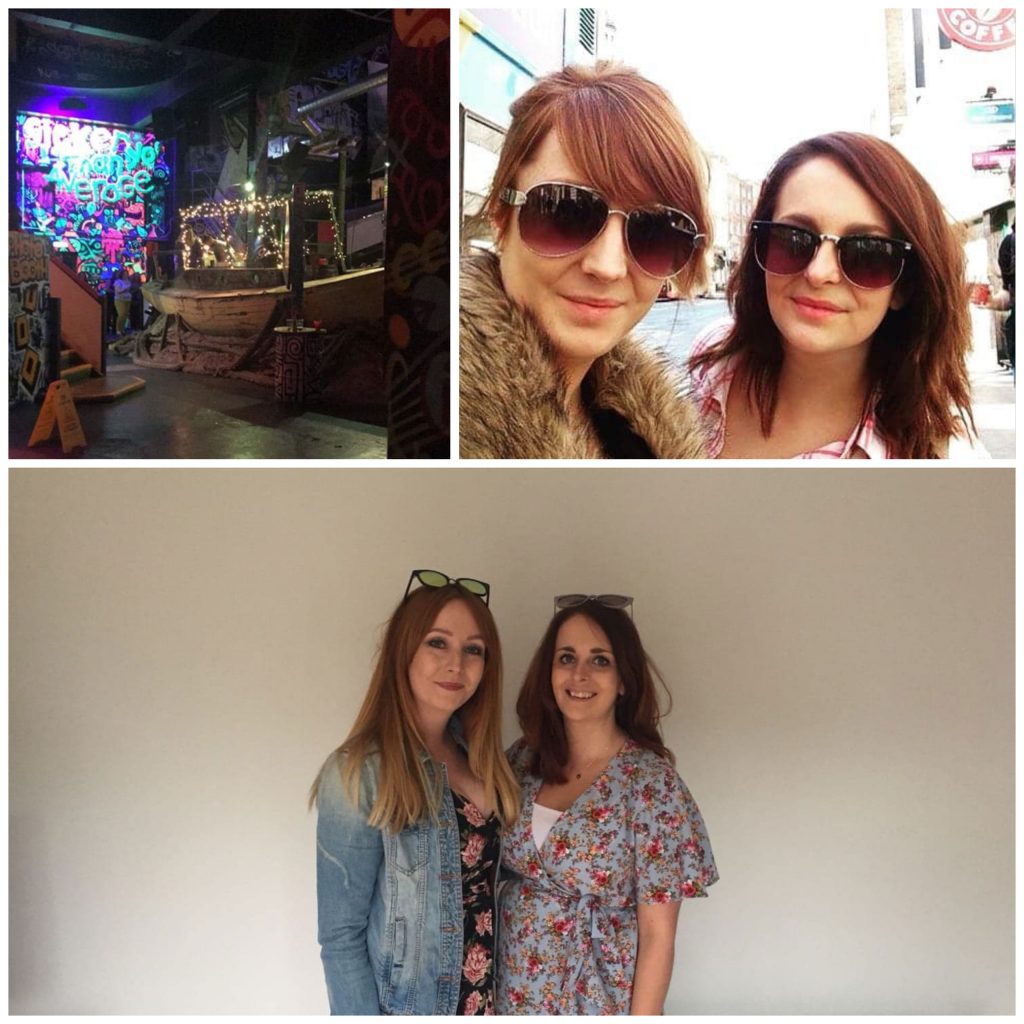 In the morning we had recovered fully from Friday night out and after a quick breakfast at a local cafe we decided to treat ourselves and went for a manicure and massage. We really needed it, the weekend had been amazing and to take some quality sister time while we had our nails done was just what the doctor ordered. We were so sad to leave, this weekend had been one of a kind, especially with the Ghetto Golf! But unfortunately we had to head back. Luckily our trip home was much quicker and nothing went wrong with the trains so we were back in Lancaster by about 5 pm, which was perfect. Overall, Liverpool may not have been ready for the Lupton sisters, but we certainly had fun and it was one of the best weekends we both had. I would recommend Liverpool to anyone going with friends or family."

Last but not least, Kurtis Murphy went as part of a business trip to see whether Liverpool could entertain a man set for meetings ...

"My journey down to Liverpool was easy, the trains weren't delayed for a change and it roughly took an hour and a bit to reach the city. I was staying with Adagio Liverpool City Centre Apartments which were in a great location for the train station, and took me less than a minute to find. The apartment I was staying was modern and stylish, it had a pull down double bed which gave me more space to work in and the bed itself was super comfortable. I didn't have any meetings planned for the Friday evening so I made myself comfortable in the living area and watched some TV. Although the journey hadn't taken long and my day had been fairly short in comparison, I wasn't in the mood to go out and find a restaurant. Instead I ordered a pizza from the local takeaway and they delivered it to the property which I was very happy with.

Having a take away in a serviced apartment is so much easier than other accommodation, instead of huddling on the bed trying not to spill, I was easily able to relax at the table, put it on a plate, have a glass of wine and be fairly civilised as I picked at the pizza whilst watching TV. 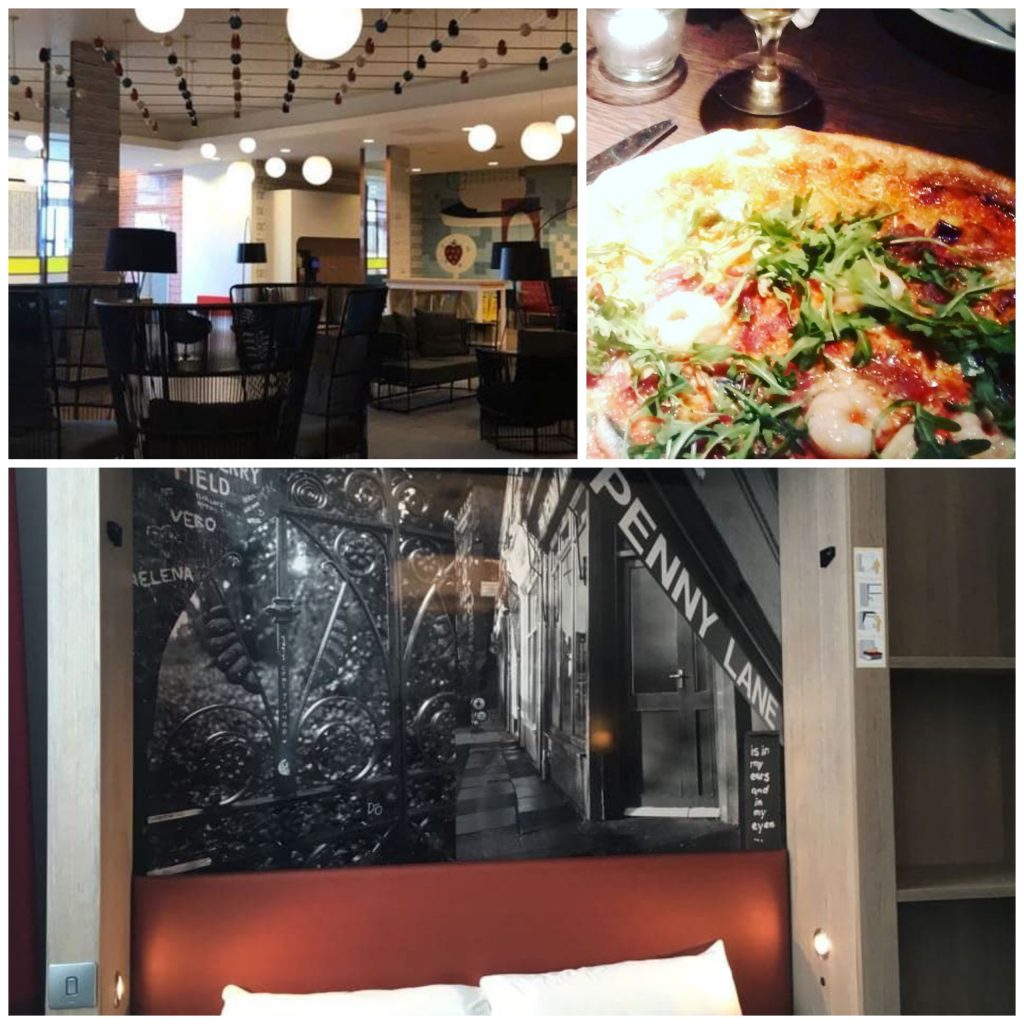 After a great nights sleep I was set to do a walking tour of Liverpool with business partners. I had a quick breakfast of coffee and a croissant then headed out to meet them all. We had all booked on to the walking tour so that we could see the sights of Liverpool, and although we were talking business some of the way round, I think we all really enjoyed the different nature of this business meeting. We were told about the origins of The Beatles, and were shown around the docks and the comedy clubs. Luckily it was lovely weather. After learning about the history of the Liverpool buildings and the city's past we decided to grab a coffee to talk more business.

We found a high street chain and settled in with a couple of lattes and a cappuccino. Laptops out, suits on, Liverpool was very accommodating and it wasn't long before we had all caught up on previous events and where we saw our business growing in the future. After a nice lunch at the coffee shop we parted ways. 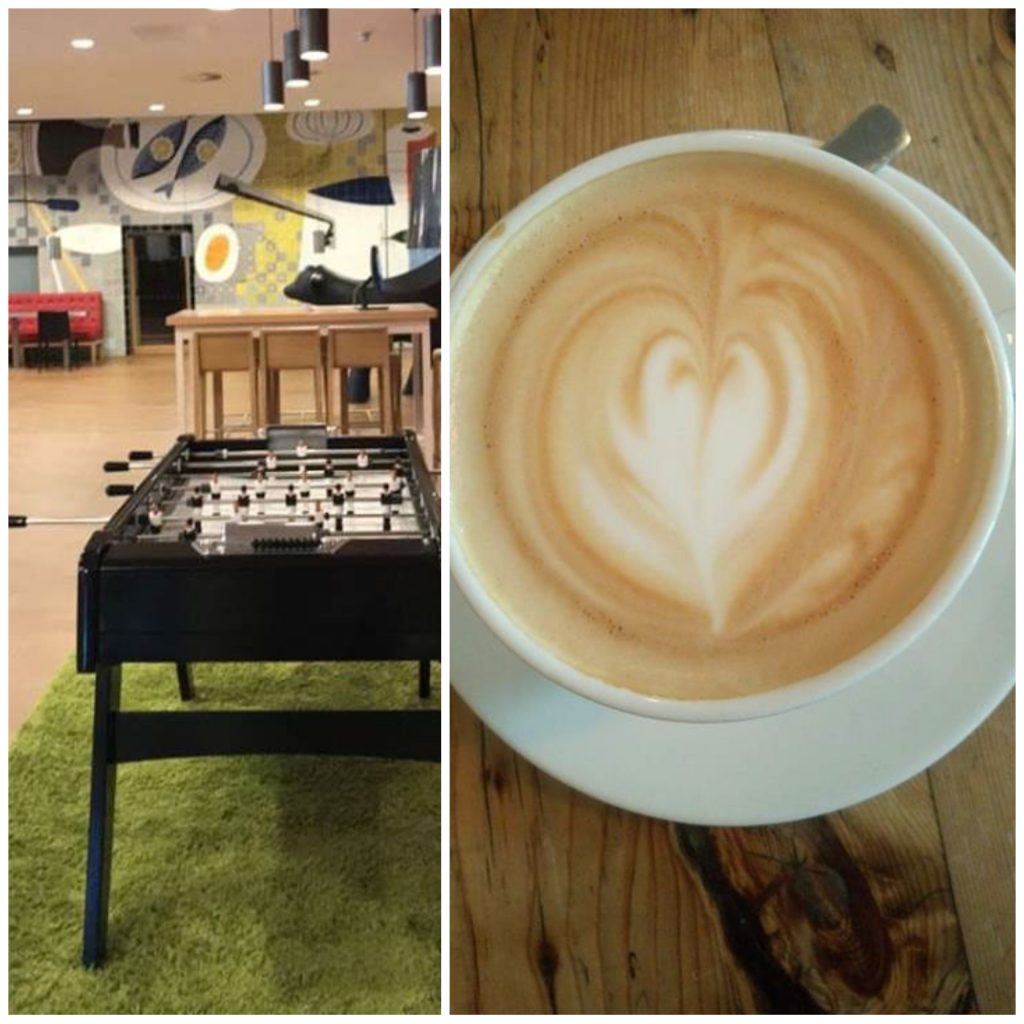 In the afternoon I had a few more meetings to attend in various buildings, fortunately the weather was still pretty nice and the city is easy to navigate so finding the companies were easy. That evening after a long day, I made my way to a sushi and hot food place I had passed earlier in the day called Kokorouk which was some of the best sushi I had had in a while and the staff were very happy to help. I would absolutely recommend this as a place to eat.

The evening was pretty uneventful. I grabbed a bottle of wine to take back to the apartment and enjoyed it in the quiet of my accommodation. The next day I had to leave early which was a shame, I wish I had more time to explore this wonderful city and will definitely be back both on leisure and on business no doubt. I would very much recommend Liverpool to anyone doing business in the area. It offers entertainment for clients and as a solo traveller there were so many things to do that didn't involve groups. It was great!