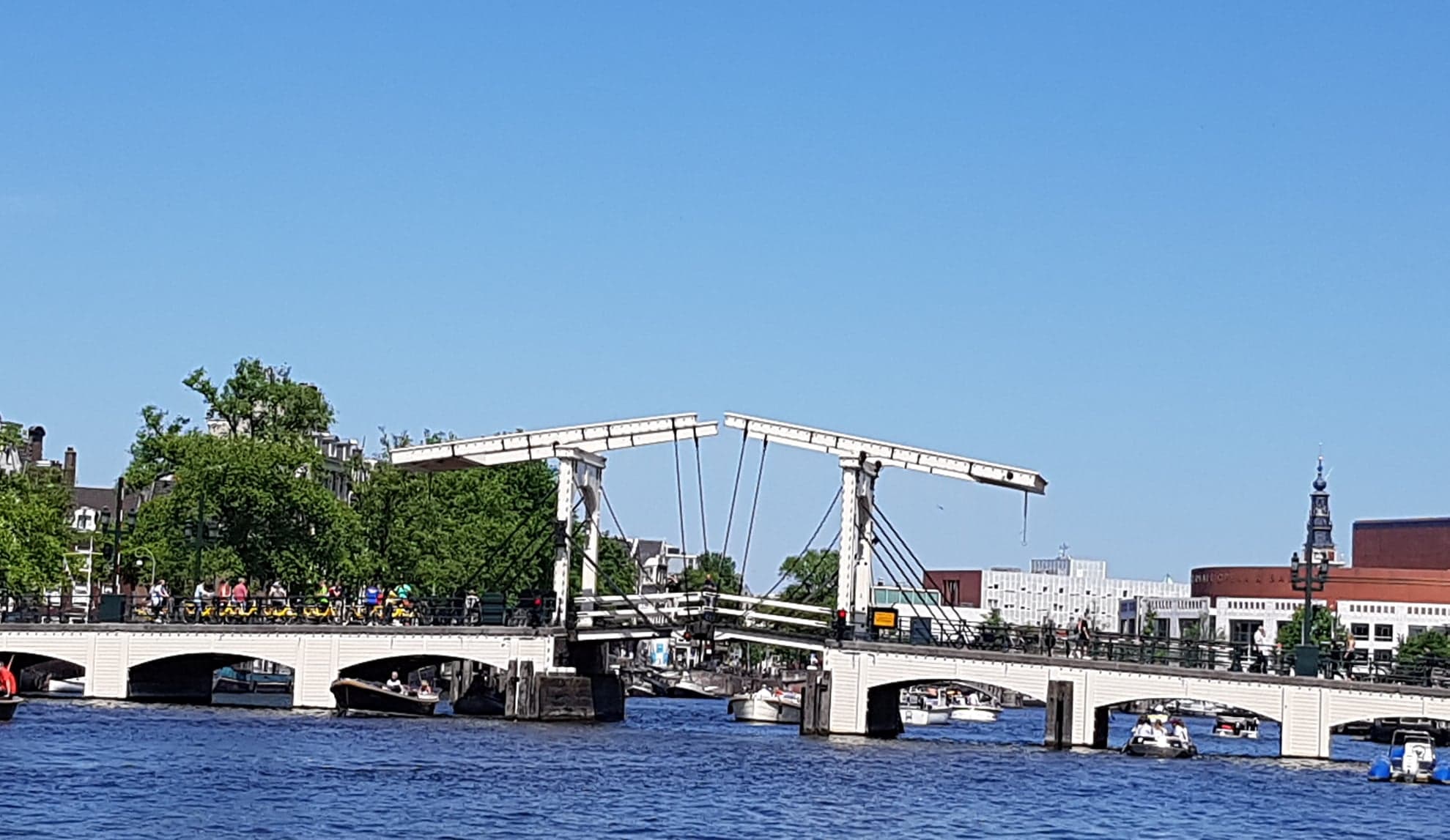 From galleries, museums, and beautiful architecture with well preserved 17th Century canals, there is plenty to explore in Amsterdam. This city has an impressive history with many weird and wonderful facts. Did you know, for instance that the name Amsterdam comes from the river Amstel and when they built a dam on it the two words were just merged together. Taking a canal tour around this city will let you in on these little secrets. Alternatively, heading to Anne Frank Huis will give you an unrivalled insight into the life of this young Jewish girl running from the Nazi's in the 1940's.

A Jewish girl, Anne Frank was forced to go into hiding to escape the Nazi's during World War II, this house is dedicated to her memory. Previously the workplace of her father, the family lived in a small and cramped space in this building until their arrest in 1944. Out of the eight people that called this space home, only Anne Frank's father, Otto, survived the ordeal. Otto received Anne's diary after her death and found a new side to his daughter that he had never known before. He made sure it became a published work, and was dedicated to keeping his daughter's memory alive up until his death in 1980. Anne Frank Huis allows visitors to understand more about the families time here and take a moment to pay their respects.

The Rijksmusuem is the grandest and  most popular museum in Amsterdam, home to dutch history, from sculptures to archaeological artifacts. It's beautiful garden offers a place to stroll and take in outdoor sculptures for free. Located next to the Iamsterdam sign, the area beyond the Rijksmuseum is also extremely popular with the tourists.

What would a day out in Amsterdam be without visiting the flower market. Open Monday to Saturday 09.00 to 17.30 and Sunday 11.30 to 17.30. This market is brimming with The Netherlands most famous flower, the tulip, as well as narcissus, geraniums, and many other colourful and beautiful flowers. All bulbs can be taken home with you as well, making it even better as you can enjoy a part of Holland at home.

With ever changing exhibitions, and paintings, the Van Gogh Museum hosts the largest collection of Van Gogh paintings in the world. Coping with his illness and living in Arles, Vincent Van Gogh preferred painting from reality and after a fight with a fellow painter regarding this, he cut off his ear. On July 29th 1890 he shot himself in the chest, believing that his life had been a failure, it was only after his death that the painter became famous. This museum dedicated itself to telling the story of the troubled painter and his works.

Choose from a range of canal cruises along these 17th Century water ways. Travel through the quieter parts of the city and see the city from a different perspective, or head into the busier centre and view Amsterdam's lively streets in a unique way. With a choice of open top boats, to indoor dining whilst you cruise, there is a cruise for everyone.

The Xtracold Ice Bar in Amsterdam offers a unique experience. From the glasses, to the walls, this bar is made entirely out of ice! Don't worry though you are given a thermal jacket to keep you cosy whilst inside, and the drinks are sure to warm you up as well.

Amsterdam markets fill the streets, especially over the weekends when the stalls burst into life. From picking up bargains in the Jordaan district to arts, crafts and food of the Museumplein market, you are sure to find something you love, no matter where in Amsterdam you are staying.

Thrill seeker? Amsterdam has the perfect solution for your adrenaline rush. Home to the highest swing in Europe take a seat and dangle your legs 100 metres above the city. With incredible views and panoramic scenes you don't have to be a dare devil to appreciate the impressive views from the top of the A'Dam lookout.

The NEMO Science Museum is committed to the development through knowledge. Home to ground-breaking science research and interactive exhibits, this museum is not something often assocaites with this city, but offers a great place for everyone. Sparking all interests in science, a terrace on the roof of the building even allows you to make the most of your time here.

things to do, Amsterdam.