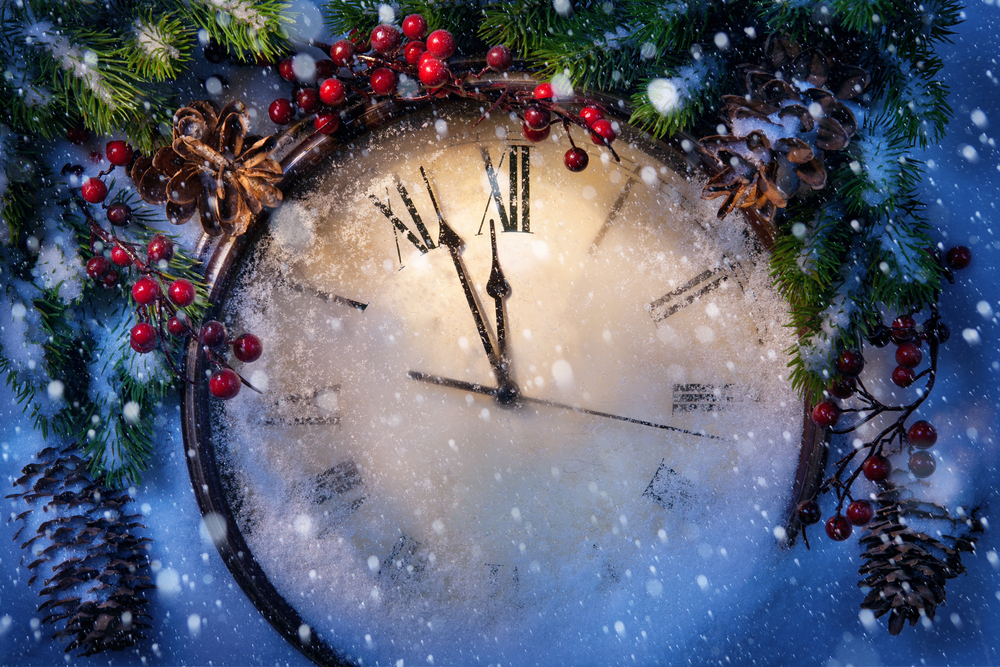 In many respects, New Years Eve can be fairly similar wherever you are in the world. Lots of alcohol, lots of fireworks, lots of people having a good time.

However, if you’re looking for a slightly different way to spend your December 31st, we’ve put together this guide to some of the world’s best New Year’s Eve celebrations! 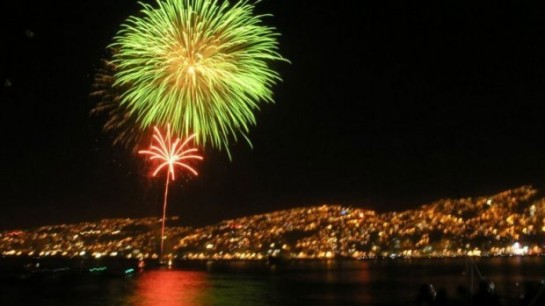 We start with one of the very first settlements in the world to see in the New Year. Kiritimati, also known as Christmas Island, lies 14 hours ahead of GMT, so while many of us are still waking up on the 31st of December the 5,000 inhabitants of this remote island will be having their own intimate celebration. 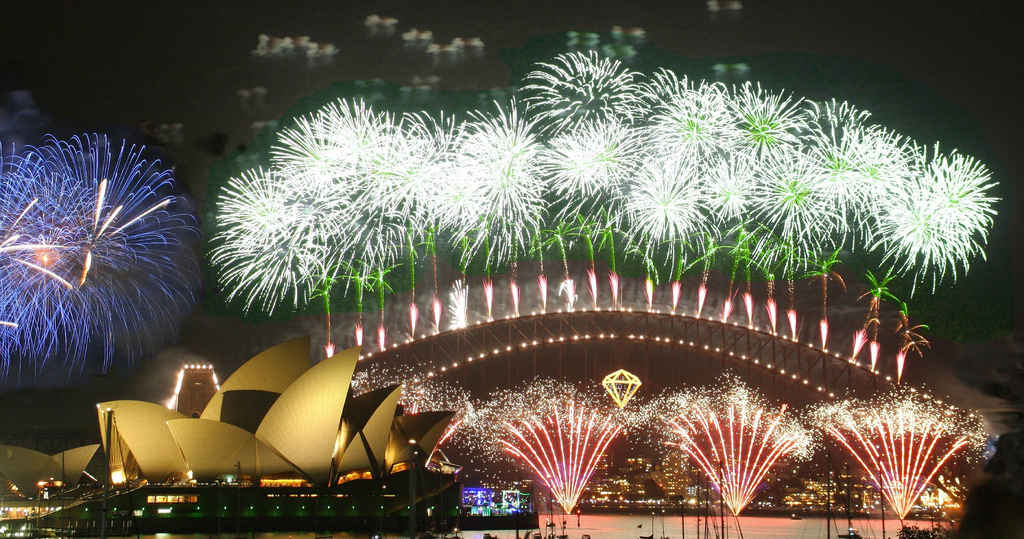 Australia’s biggest celebration comes in Sydney, where thousands flock to the city’s harbour to see the famous Sydney Harbour Bridge come to life with fireworks exploding off the arches, catwalk and roadway of the bridge itself, as well as surrounding buildings and barges in the harbour! Lasting an impressive 12 minutes, the the Sydney New Year’s Eve celebration is one of the most famous in the world with billions estimated to watch globally on TV. 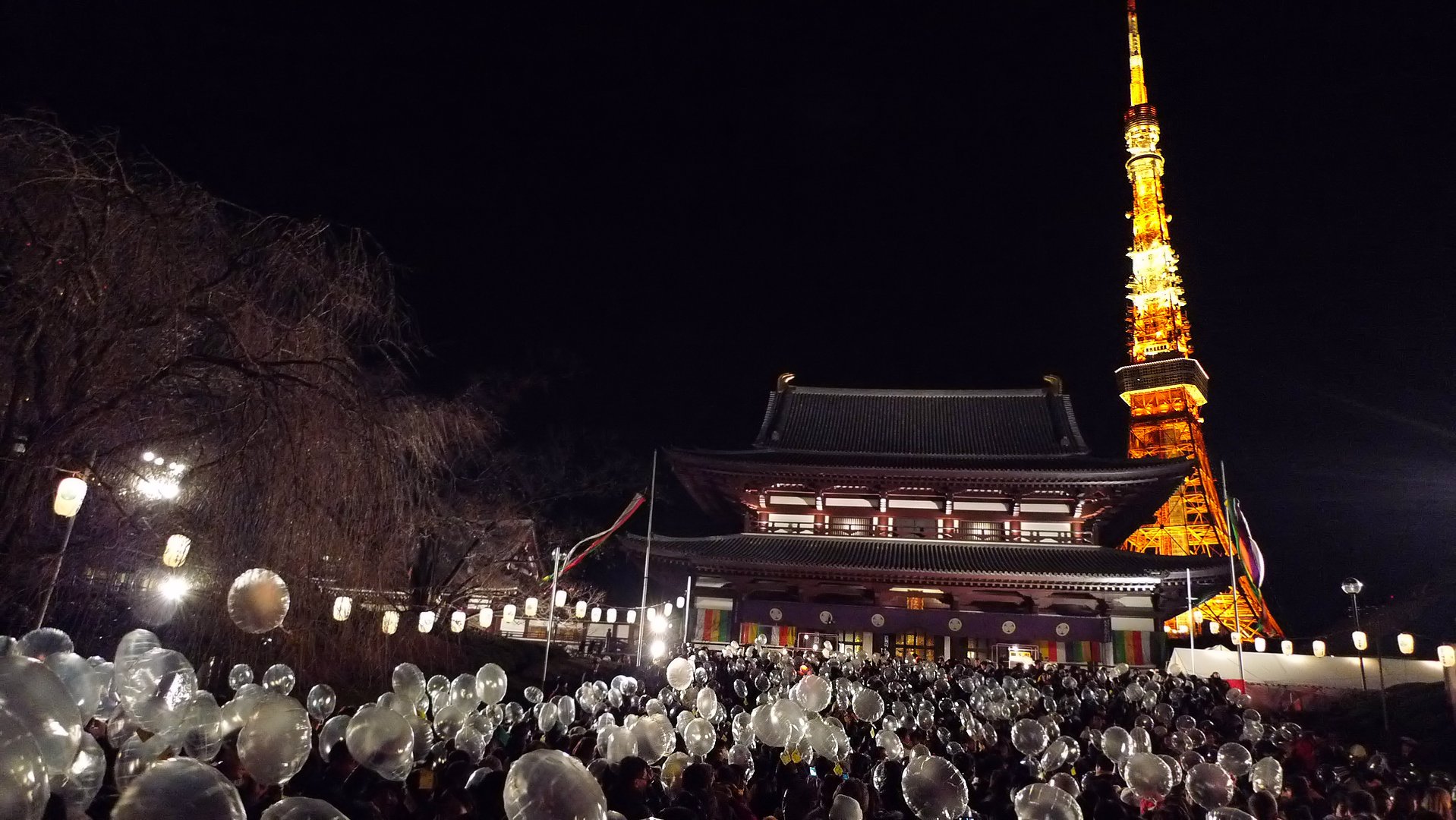 For the people of Japan, New Year’s Eve is celebrated by the welcoming of Toshigami. No, not one of those bleepy things that took over primary schools in the 1990’s, but the New Year’s god. Rather than the dongs of Big Ben, the Japanese New Year is rung in by the sound of Buddhist temples ringing their bells 108 times, representing 108 elements of bonō, the mental states that lead people to take unwholesome actions. Also, its worth sticking around to January 2nd as the Emperor opens the Imperial Palace to the public for one of only two days all year. 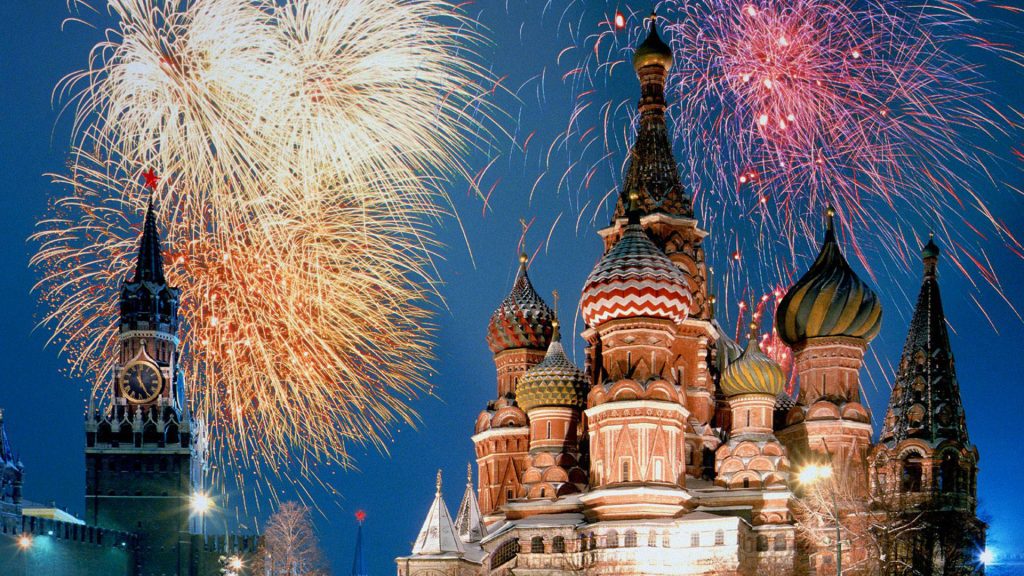 New Year’s Eve (or Novy God) has taken on extra significance in Russia where Christmas, along with all other religious holidays was banned by the Communist Party. To compensate, Russians have celebrated New Year just as much as Christmas even since the Soviet Union fell and Christmas was restored. The night includes a speech by the president at five to twelve, before the country falls silent for the final twelve minutes of the year and make wishes for the year ahead. 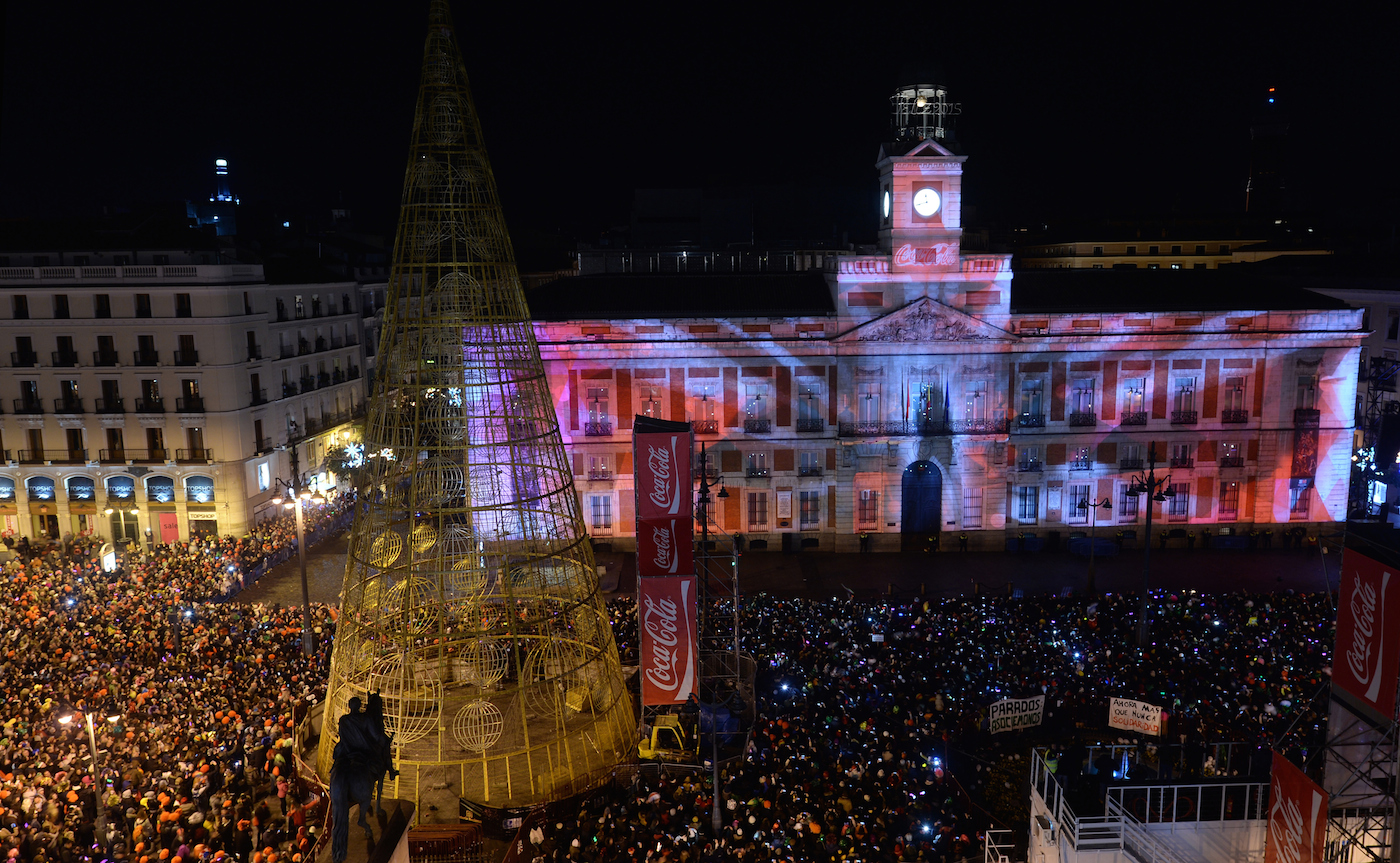 Since 1909, Spaniards have traditionally eaten twelve grapes, one with each chime of the clock, originally started as a way for local growers to get rid of the surplus grapes that had produced that year. It is also considered good luck to wear new, red underwear on New Year’s Eve! In Madrid the celebrations are focused around the Casa de Correos building in Puerta del Sol Square 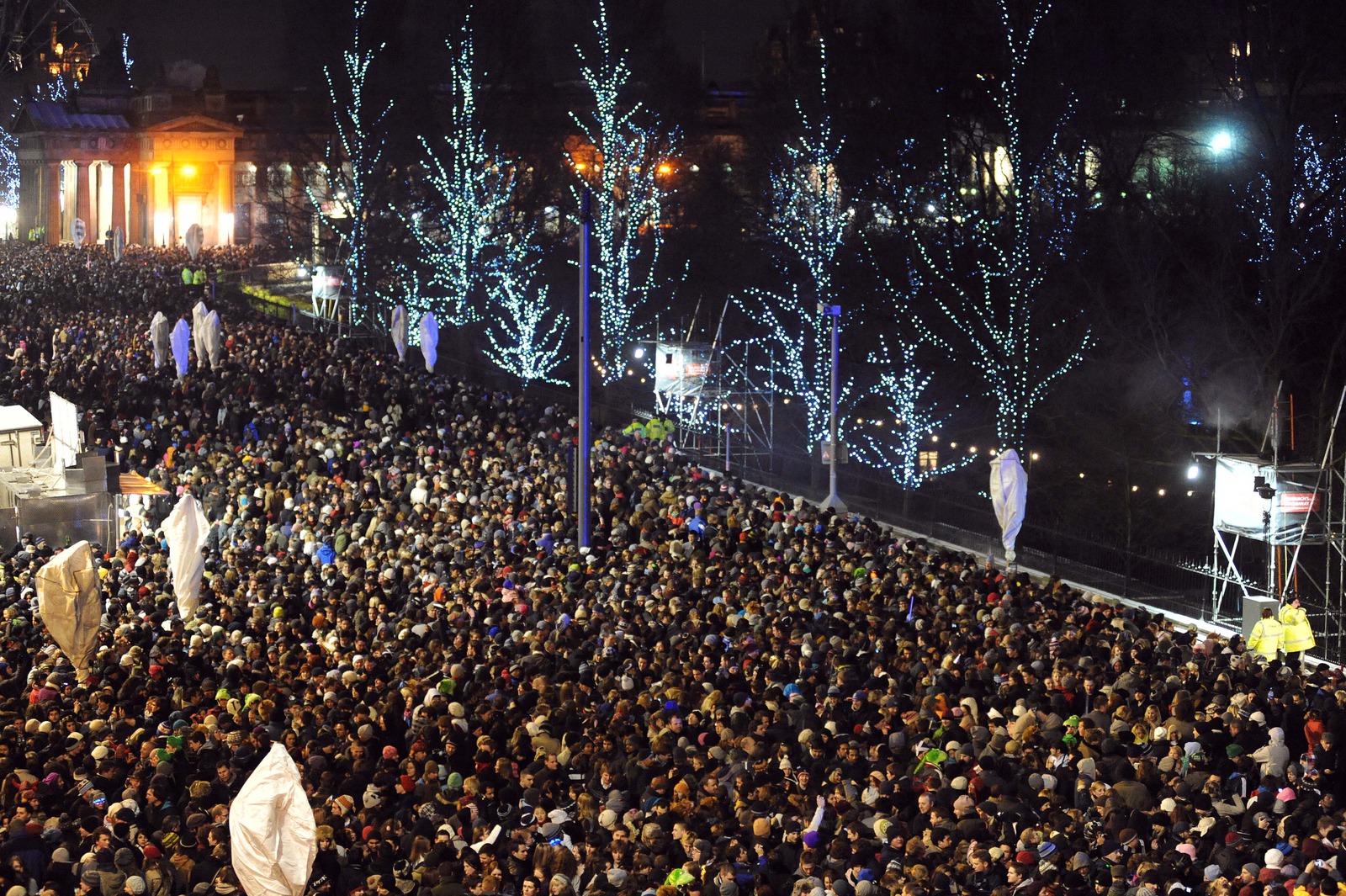 The Hogmanay celebrations in Scotland are among the most famous in the world. A whole host of traditions and customs are followed, such as a torchlight procession on December 30th, and the ‘First-Footing’ where the first person to enter a household on New Years Day comes bearing gifts (usually whisky!). The Edinburgh celebration is centred around the Princes Street street party, culminating in a large fireworks display, set off with the firing of a cannon at Edinburgh Castle. 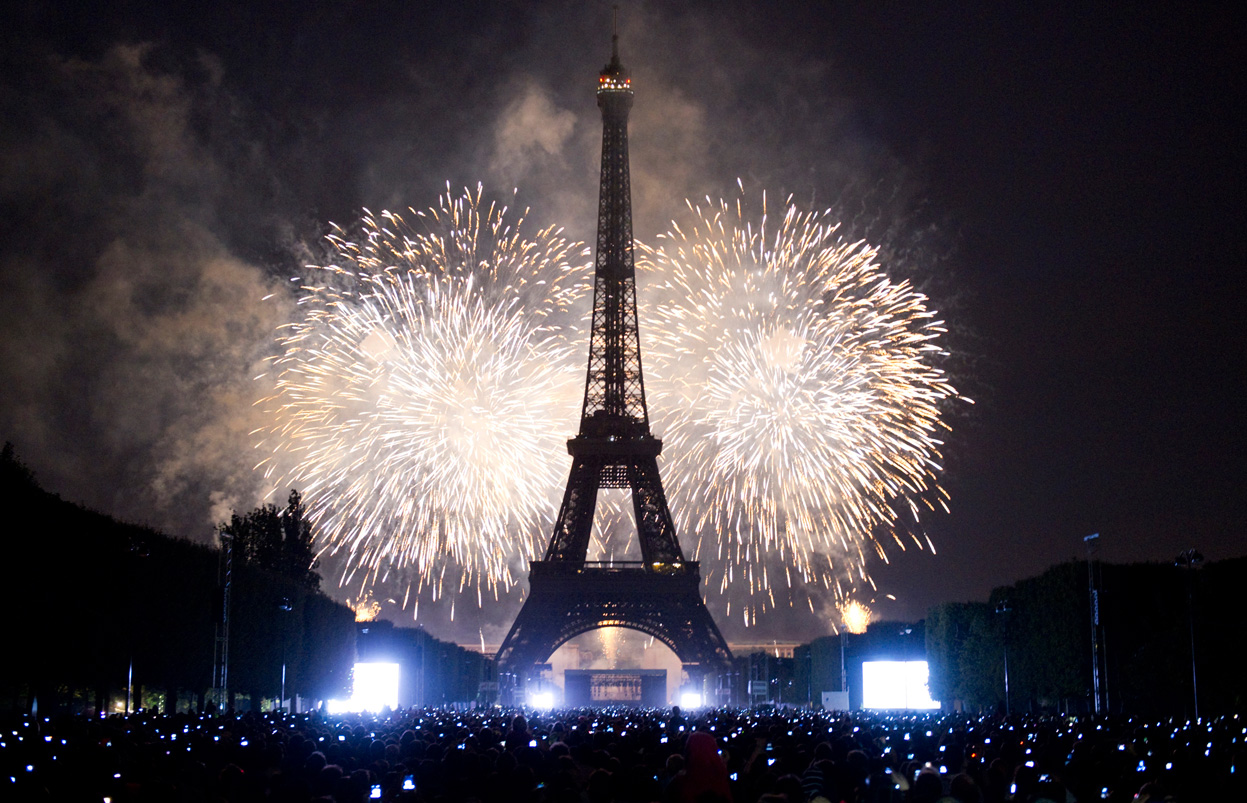 While firework displays are commonplace on New Year’s Eve, perhaps nowhere utilises their landmarks better than Paris, where Parisians line the Champs-Élysées, climb the steps of the Sacré-Couer and the hill of the Trocadéro to get the best view to see fireworks burst from the entire length of the Eiffel Tower. 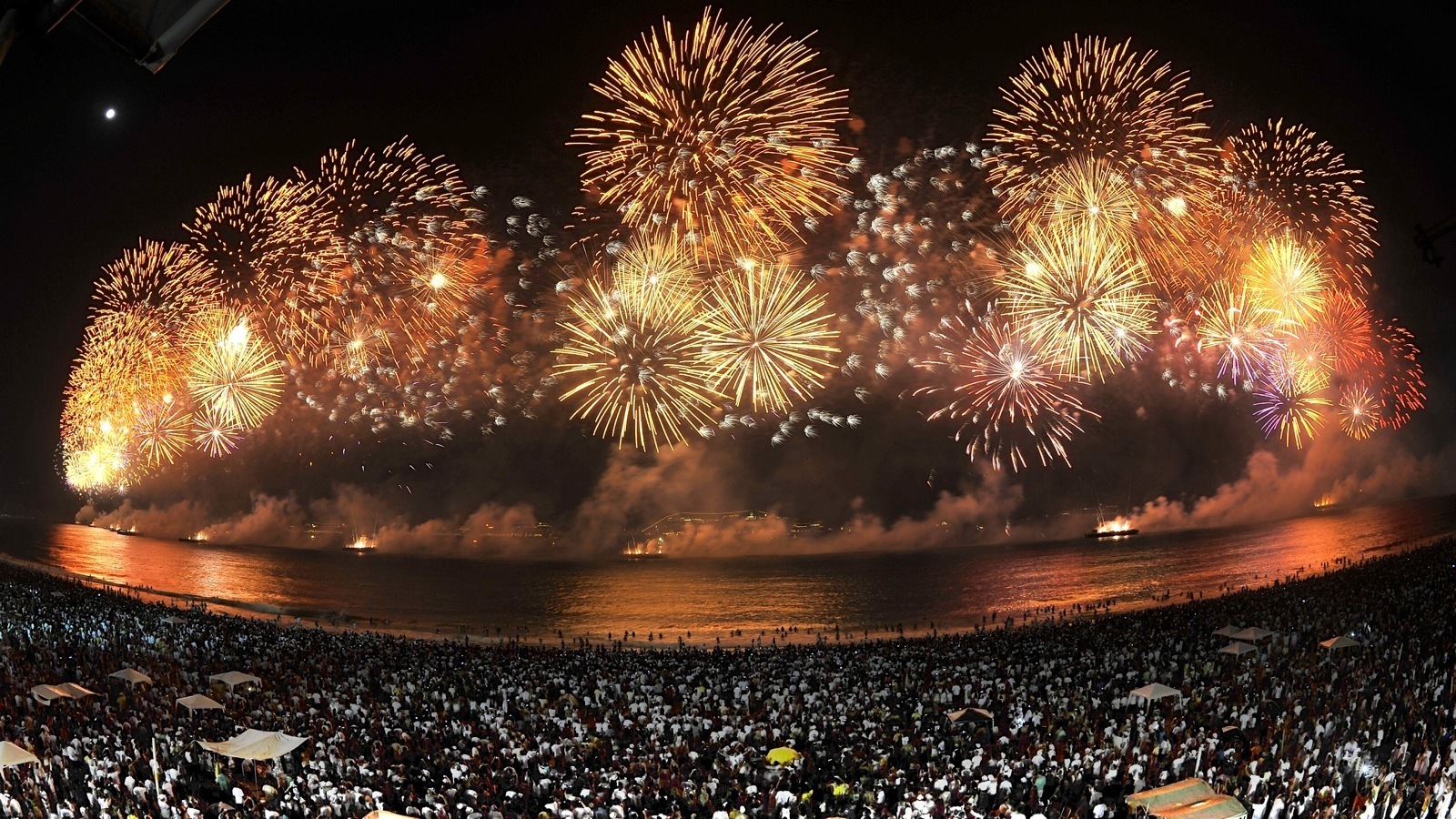 Rio loves a party, and New Year’s Eve is no exception. While it may seem just a little bit early, the Ana Novo celebrations mark the start of Brazil’s summer holiday, which lasts right through until Carnival! It is good luck for those celebrating the New Year at the beach to dress in white like Candomblé priestesses, where they throw flowers into the sea at midnight for the African goddess of the sea, Yemanjá. 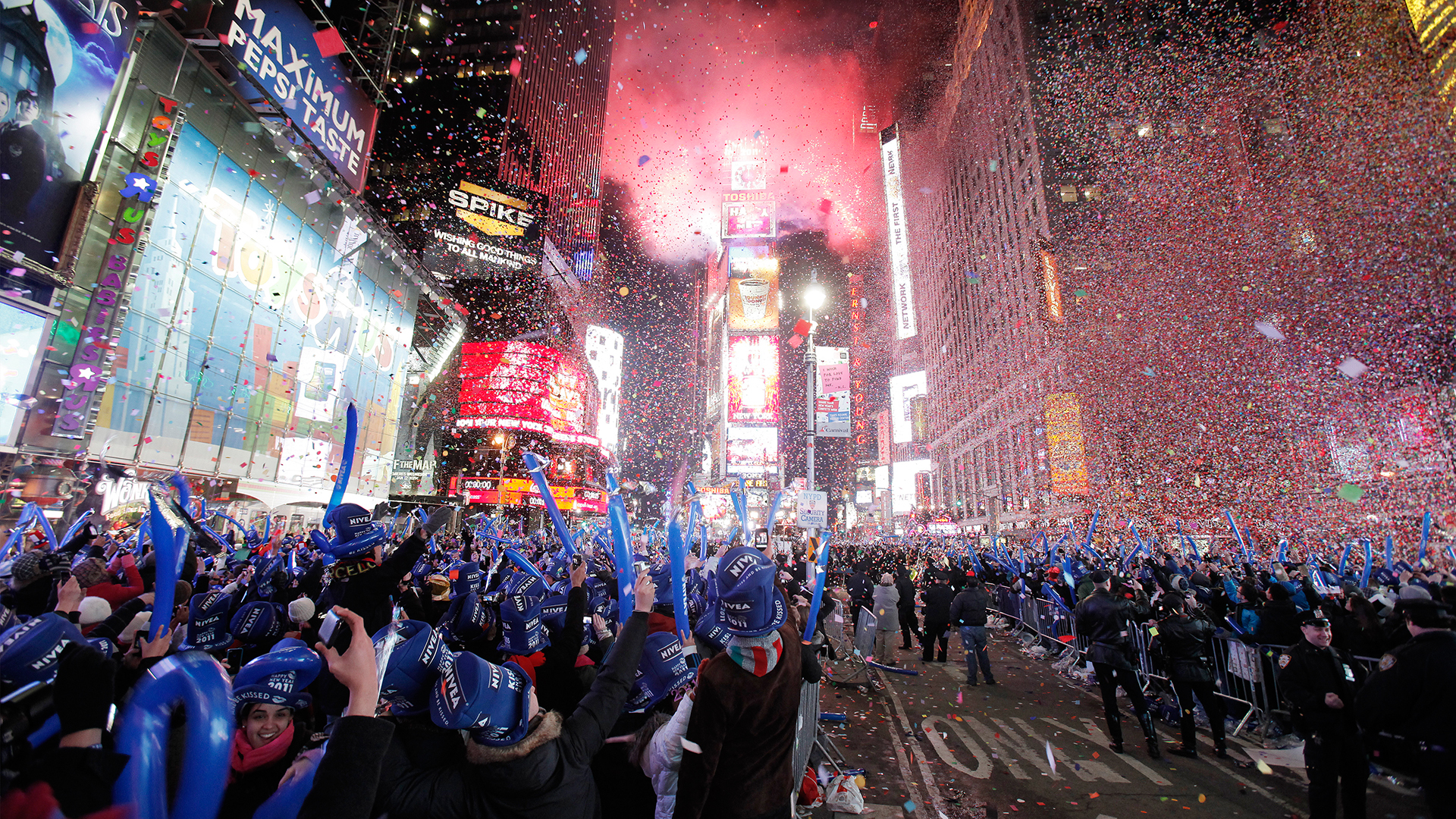 One of the most iconic celebrations is that of the ‘ball drop’ in New York’s Times Square. Millions gather in the bright lights of the city’s centre, with many more watching globally on TV as a 12-foot diameter crystal ball is lowered 70 feet from the roof of One Times Square to signal the start of the New Year. While the tradition may seem like a recent one it has actually been going since 1907.