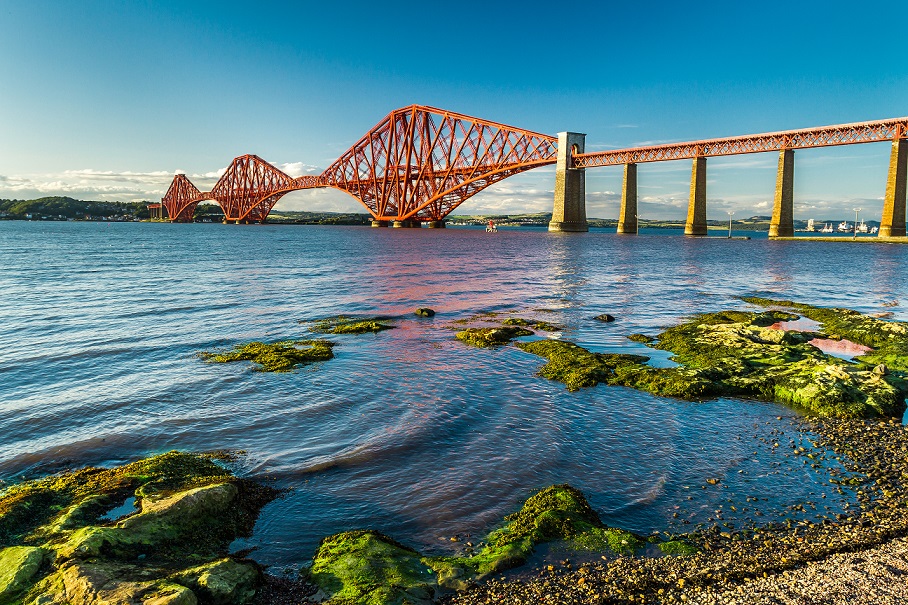 Going on a city break is exciting: a new city, new things to explore and see. Rather than waiting for the fun to begin when you get to your destination, why not start your adventure while you're still on your way? Take the train and let Britain parade its natural beauty right in front of you. Here are our top ten most scenic train routes in the UK.

While most of this journey from one capital to another is inland, as you enter the North East of England, the train starts following the coastline with some stunning views for the last leg of the trip so get your camera ready. On your way up, you will also ride past the bridges that link Newcastle and Gateshead. See a sneaky peak of this route below.

During late spring and early summer, the ride up from London is filled with yellow rapeseed fields that come into bloom all over the country in summer. And as you approach Newcastle, you will also get a preview of all the bridges that cross the River Tyne - there are quite a few to spot!

The route from the Scottish capital to the “grey-eyed city” is stunning. As you set off from Edinburgh you will cross the Forth Bridge over the Firth of Forth Estuary, a landmark in itself. A little into your trip, you will go over the Firth of Tay Estuary on the Tay Bridge, which seems to go on for miles suspended over water. Then a little coastal view before skimming Montrose Basin and more sea views before finally arriving in Aberdeen. Undoubtedly, one of the most beautiful train journeys in the UK.

The Northern Rail route from the historic city of Lancaster to St Bees on the Cumbrian Coast, not only goes by miles of beautiful coastal views, but it also briefly dips into the Lake District National Park. Once you reach St Bees, you can also go for a walk on its sandy beach and over St Bees Head, a red sandstone bluff that forms one of the most dramatic natural features along the entire coast of North West England.

From spring to summer the ride from London to Glasgow is full of rolling countryside views. During May and June the view is dotted with yellow rapeseed fields. And during winter, this route sometimes gets a dusting of snow, providing some beautiful wintery views. As you reach North West England you will also ride the line in between The Yorkshire Dales and the Lake District National Parks. If you give it a little attention, this popular route will show you quite a few beauties. So grab a little glass of wine, sit back and enjoy!

The Caledonian Sleeper actually departs from London and hits Glasgow in the very early hours of the morning before proceeding to Fort William, a beautiful town nestled in the Scottish Highlands. As the sleeper wends its way north you will pass Loch Lomond & The Trossachs National Park, viaducts and miles of stunning Scottish countryside with herds of deer and absolutely stunning countrysides views.

Cornwall’s coast could be mistaken for somewhere in Europe and a train ride here shows off its stunning coastal beauty, climbing the surrounding hills and providing panoramic views of coast and countryside that will make you feel like you are abroad taking this train.

Vibrant and bustling Bristol is a great destination for a city break, but the train route between Bristol and Dawlish will not only have you gliding through the counties of Somerset and Devon, both beautiful English regions, but as you approach Dawlish, the line follows the edges of the River Exe and eventually the sea. You would be forgiven for thinking the train actually surfs the waves, as on a windy day, they are known to give the carriages a soaking!

Going through the Pennines and the Yorkshire Dale National Park, the trip from Settle to Carlisle offers some amazing country and fell and moorland views, going over the famous Ribblehead Viaduct and dotted with stations decorated in classic architecture harking back to rail's heydey. During winter, this route also gets a little snow, making for some amazing all-white views.

Undoubtedly our most remote route, this train journey has everything – coastal views, estuaries, rivers, lakes, hills and unspoilt countryside. And once you make it to Thurso, you will find the dramatic coastline quite simply jaw-dropping. Add the town’s charm as well as its Scottish history and heritage and the whole trip will be something out of this world from start to finish.

*All durations are estimated and don’t account for delays, engineering works, busy periods or leaves on the line!