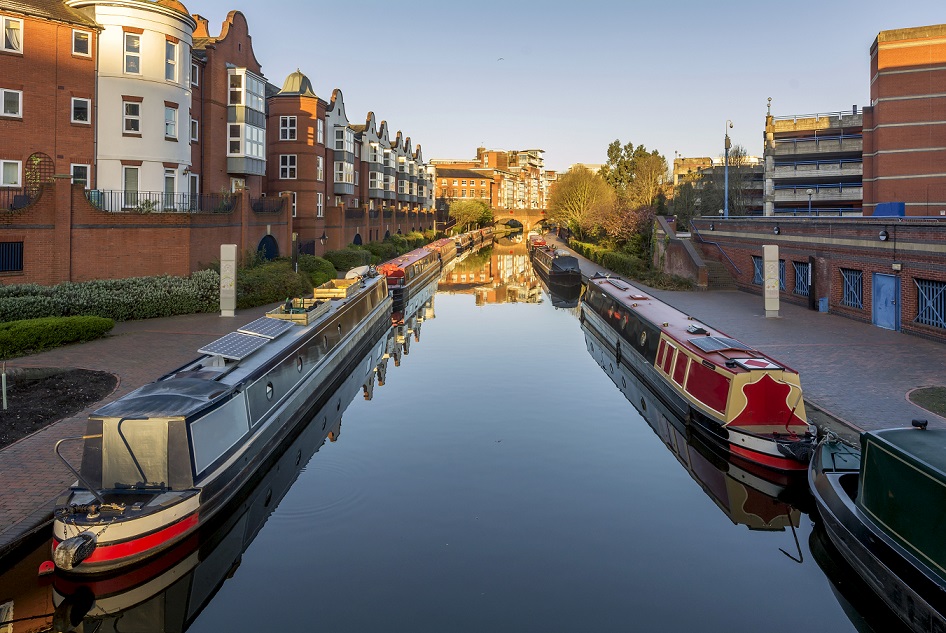 If you're choosing a city break destination, Birmingham might be your unassuming hero. Best known for its bustling business, industrial background and hardworking ethics, the second biggest city in the UK also has a fun and playful side full of arts, music, culture and entertainment, perfect for a break exploring a new destination without travelling for hours. Here are 27 facts about Birmingham that might not only surprise you but also make you want to pay the city a visit.

1. Birmingham attracts over 41 million visitors a year, with just over 1 million of these being international visitors.

2. The New York Times once placed Birmingham in their top 20 places to visit.

3. The metropolis is one of the youngest cities in Europe with almost 40% of its population being under 25 years of age.

4. It is also home to five universities and over 73,000 students. The perfect conditions for a buzzing nightlife!

5. Birmingham Airport is the third biggest in the UK.

7. London is only an hour and 25 minutes away on the train.

8. Birmingham has more canals than Venice with 56 Km of waterways.

9. Brum, as it's affectionately known, is one of the UK’s greenest cities with over 8,000 acres and 600 parks and open spaces. According to the city council, that's more than Paris!

10. Sutton Park is also one of the largest urban parks in Europe outside a capital city.

13. Birmingham’s Bullring is one of the largest shopping centres in Europe and has been "the place to shop" since the Middle Ages, hosting markets since the 12th century.

14. The city is the third most popular place to shop in the whole of the UK.

15. The Birmingham Museum and Art Gallery has the world’s largest collection of Pre-Raphaelite paintings.

16. The Birmingham Hippodrome is the busiest theatre in the UK with over 520,000 visitors a year.

17. The Hobbit and The Lord of the Rings were inspired by places and people in Birmingham. Their author, J.R.R. Tolkien, was from Brum.

18. Heavy metal has a Birmingham address. The city is the birthplace of bands like Black Sabbath, Judas Priest and Led Zeppelin.

19. St Chad's Cathedral was designed by the same architect that designed Big Ben and the Houses of Parliament in London, Augustus Pugin.

21. Soho House was the home of inventor and pioneering industrialist Matthew Boulton, who, in his time, had a personal fortune equivalent to twice that of Microsoft mogul Bill Gates!

22. There is a lot of free things you can do in Birmingham! A lot of them involve art, music and history. Check our post 20 Free Things to Do in Birmingham for ideas.

23. The Birmingham Jewellery Quarter produces 40% of all jewellery produced in the UK. It is also has the highest concentration of jewellery businesses in Europe.

24. Birmingham is part of Délice – a global network of ‘Good Food Cities’

25. The city has five Michelin-starred restaurants, more than any other UK city outside of London.

26. There are over 100 balti houses in the city and its famous 'Balti Triangle' attracts over 20,000 visitors a week.

If you are in the UK, chances are that a city break in Birmingham is around the corner. Try something new and explore a new destination. Birmingham is just waiting for you!

You can check and stay in one of our star apartments by clicking here.