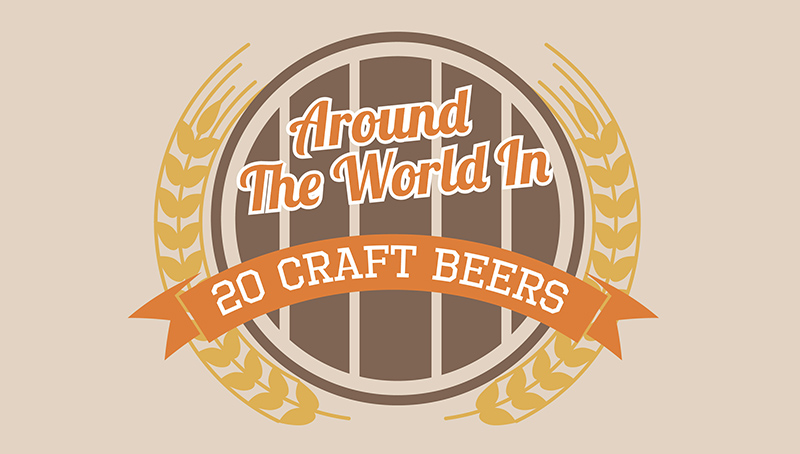 Over the last few years, the world has been undergoing something of a craft beer revolution, especially in the United States, where there were an estimated 4,483 craft breweries in 2015.

However, it isn’t all about America when it comes to craft beers, with breweries all over the world getting in on the action.

Here, we’re going to take a whistle-stop tour around the world in 20 tasty craft beers!