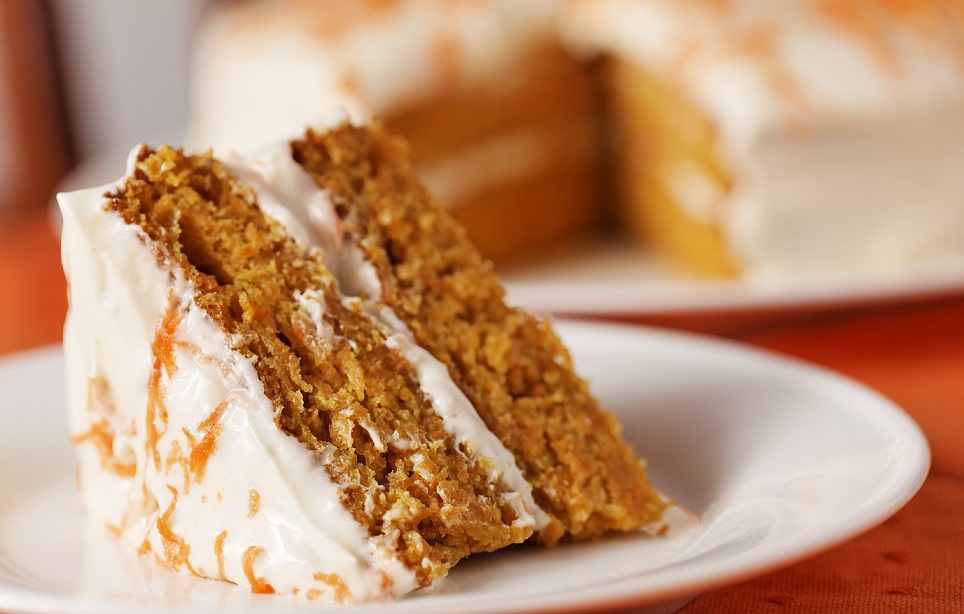 The Great British Bake Off is always on our mind here at Citybase and we felt inspired to track down the traditional cakes associated to particular regions of the UK. So we set off on a culinary adventure, mapping British cakes and tarts. It is a hard job tasting all those yummy bakes, but you know, in the name of research… someone has to do it.

Without further ado, get ready to foodie travel! This is our very own Great British cake off. 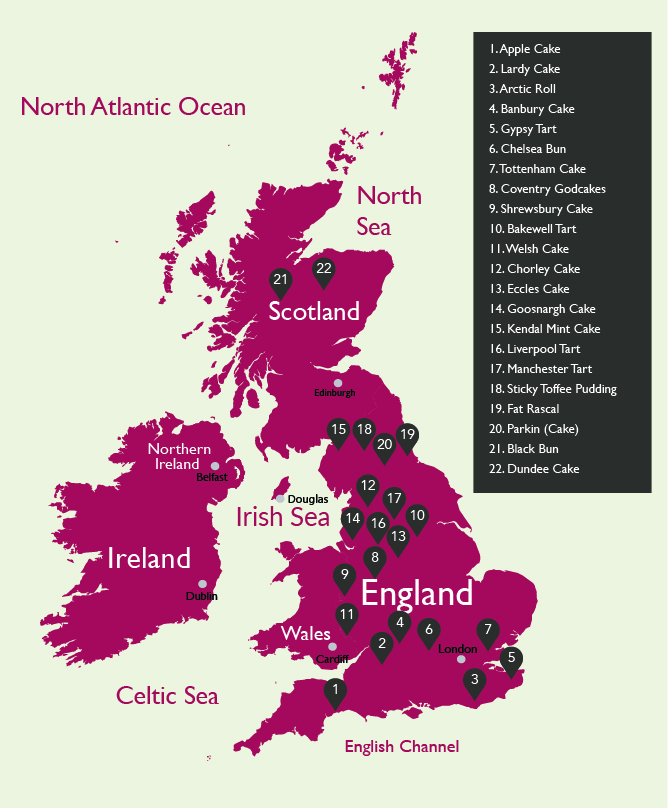 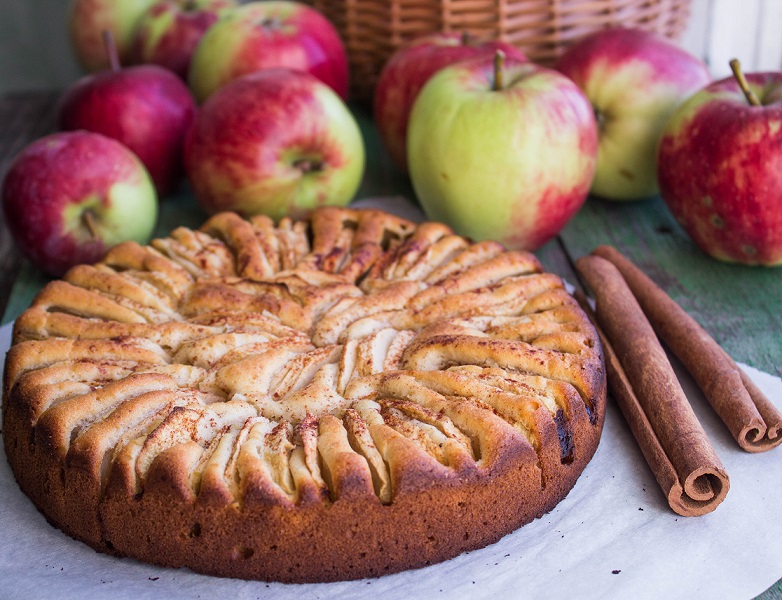 This cake does exactly what it says on the tin, using apples to add fragrance and taste to a plain cake base. Traditional recipes also add nutmeg and cinnamon, as well as crushed walnuts and almonds. In the UK, the apple cake is popular in many places, but the counties of Dorset, Devon and Somerset all boast a famous local recipe. 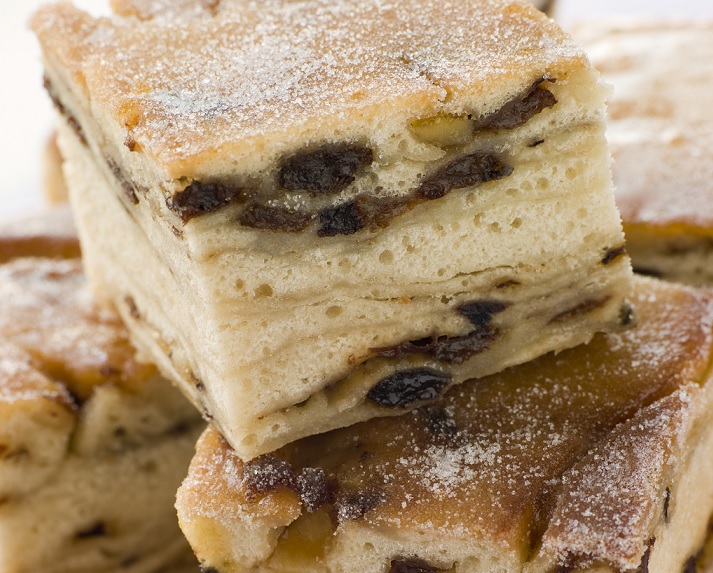 A traditional English tea cake originally from Wiltshire, the lardy cake is actually a form of rich spiced bread made with rendered lard, flour, sugar, spices, currants and raisins. Today it is popular in most of England's West Country.

Made of a vanilla ice cream centre wrapped in a thin layer of sponge cake, the arctic roll is technically a dessert, not a cake, but since it’s wrapped in cake sponge... We just couldn't resist the idea of ice cream and cake on one plate. The original recipe was created by Elva Hutchinson in the 1950s and by 1968 it was being mass-produced in her factory in Eastbourne, East Sussex.

A currant-filled oval pastry cake, the Banbury cake has been part of family recipes in the Oxfordshire area since 1586, but it was first sold by Edward Welchman in his shop at Parsons Street, Banbury. Its filling is typically spiced and might also include mixed peel, rum, nutmeg, rose water and brown sugar. Today’s recipes are very different from the old ones and it is widely considered a cousin of the Eccles and Chorley cakes.

Made with evaporated or condensed milk, muscovado sugar and pastry, it might not be a looker, but the gypsy tart is incredibly sweet. Original to the county of Kent, it was often served as part of the school dinner menu. Probably before dentists had a say about it!

Ok, we admit. We're cheating again. The Chelsea Bun isn’t a cake or a tart, but we couldn’t resist adding it to the list. Originally created by the Bun House in Chelsea during the 18th century, the Chelsea bun is a rich yeast dough flavoured with cinnamon, lemon peel and mixed spices. It’s considered to be a type of currant bun and it’s seriously delicious. We're not sorry this one was smuggled in. You won't be either.

Distinctive for its pink topping, the Tottenham Cake was originally a local Friends' (Quakers') recipe that used the mulberries of the Tottenham Friends burial ground to create its pink icing. Today it’s so popular it’s mass-produced by bakeries like Greggs. The original recipe, though, remains true to its roots and has coconut flakes sprinkled on top of the pink icing.

Baked in the shape of a triangle with three splits across its top, the Coventry Godcake was a forgotten delicacy until it was rediscovered in 2010 and officially re-launched in 2012. Historically, the mincemeat puff pastry was given to children by their godparents during New Year celebrations to symbolise a blessing for the new year, hence the name.

A dough made of flour, egg, sugar, butter, dried fruit lemon zest or caraway seeds (depending on the recipe), the Shrewsbury cake is actually a biscuit that dates back to as early as 1561. Today its recipe is also famous in India, where it is produced by a local baker.

From the East Midlands

Now a classic English dessert, the Bakewell tart was originally created by accident. In 1860, a hotel cook in Bakewell, Derbyshire, misunderstood instructions and spread egg mixture on top of the jam instead of mixing it into the pastry and the rest is history. 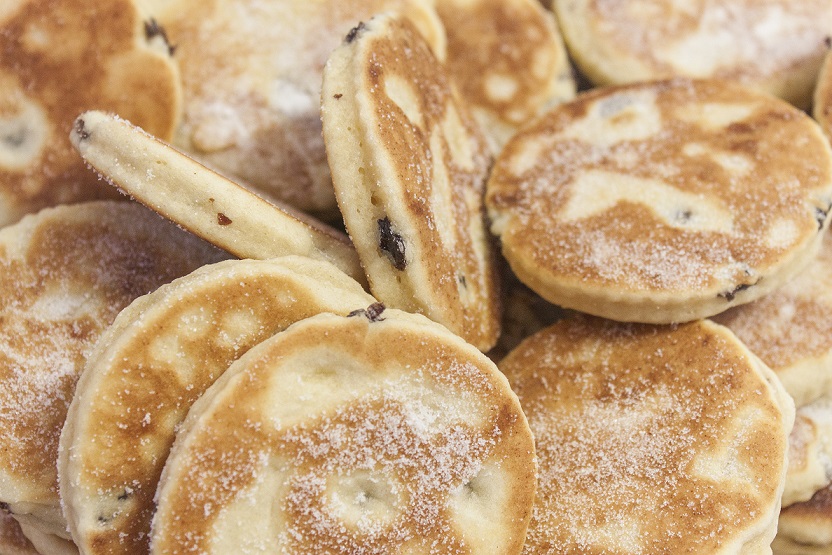 Popular in Wales since the 19th century, Welsh cakes are made from flour, butter or lard, eggs, milk, currants and spices like nutmeg or cinnamon. They are traditionally baked on a bakestone or griddle and turned over when one side is cooked, so it remains moist in the middle. Once both sides are cooked, they are served dusted with caster sugar and eaten hot or cold.

A currant- filled pastry cake, the Chorley cake is made with shortcrust pastry, which makes it significantly less sweet and flatter than its cousin, the Eccles Cake. Traditionally associated with the town of Chorley, in Lancashire, the locals would recommend that you eat it with a layer of butter and a piece of crumbly Lancashire cheese.

Made with currants, buttery flaky pastry and Demerara sugar, the famous Eccles Cake needs no introduction as far as currant-filled pastry cakes go. It’s not certain if the recipe originated in Eccles, but it was first sold commercially in a shop in the town centre in 1793 and the name stuck.

Connected to the village of Goosnargh in Lancashire, the Goosnargh Cake is actually a shortcake biscuit made with caraway seeds.

Technically a peppermint flavoured glucose sweet, the Kendal Mint Cake is original to the town of Kendal in Cumbria. Popular belief has it that the recipe was originally the result of a baker’s mistake. While making a mint cake, a batch of peppermint creams was left overnight and it solidified. When morning came, the mint cake as we know it was born. Today, it’s widely used by fellwalkers, climbers and mountaineers as a source of energy. 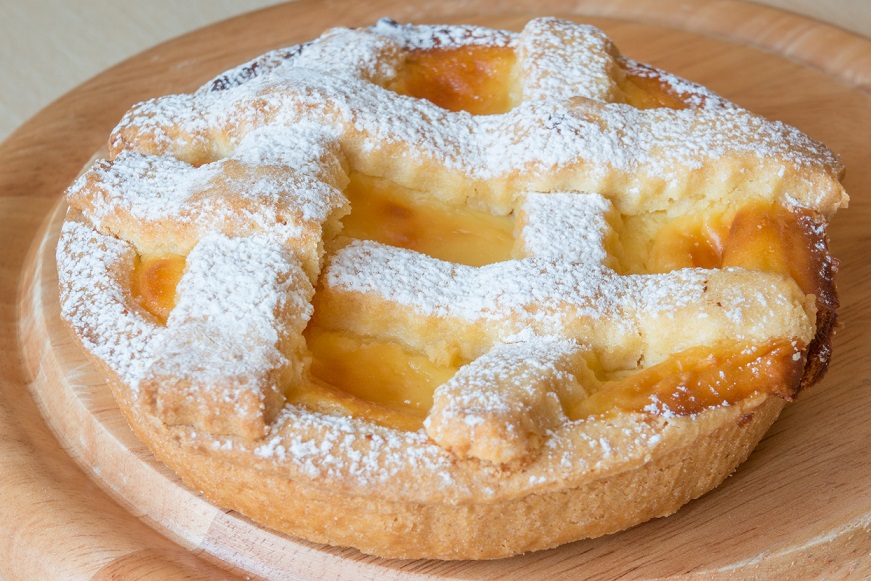 With a citrusy taste, the Liverpool tart is a mixture of moist sugar (muscovado) and minced boiled lemons. Although an old recipe, the tart underwent a revival in 2007 when musician Gerry Jones vowed to publicise its recipe until it was as well-known as its neighbours, the Manchester Tart and the Eccles Cake, as well as the less local Bakewell Tart. A genuine British bake off!

Topped with a Maraschino cherry and coconut flakes, the Manchester tart is made of a shortcrust pastry base, topped with raspberry jam and a custard filling made of milk, vanilla pod/essence, eggs and sugar. The tart was a regular feature of Mancunian school dinners until the mid-1980s and it is believed to be related to an earlier recipe for a dessert called the Manchester Pudding.

One of England’s national parks, the Lake District has provided us with a culinary treat as well as a UNESCO World Heritage Site. A sponge cake made with dates and black treacle, then served with toffee sauce and vanilla custard or vanilla ice-cream, the sticky toffee pudding is considered a classic British dessert. Although it is called a pudding, it involves a sponge cake, so we thought it was yummy enough to make it to our list.

A type of fruity scone or rock cake, the Fat Rascal, also known as turf cake, has been associated to Yorkshire since the early 1800s. Today, it is one of Betty’s Tea Rooms' best selling bakery products, producing over 375,000 per year. 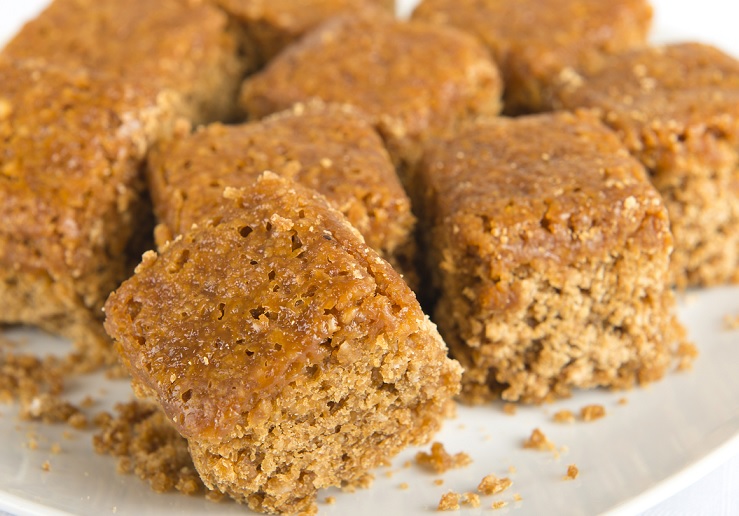 Parkin or Perkin is a gingerbread cake traditionally made with black treacle and oatmeal. It originated in Yorkshire and is particularly associated to the area of Leeds, although today it is also widely consumed in neighbouring counties, where it is traditionally eaten during winter and for the Bonfire Celebrations in November.

A fruit cake covered in pastry, the Black Bun was originally introduced in Scotland following the return of Mary Queen of Scots from France. Traditionally, it had a bean hidden inside the cake and the person who found it was declared King or Queen for the evening. Today it is still consumed as part of the Hogmanay New Year festivities in Scotland. 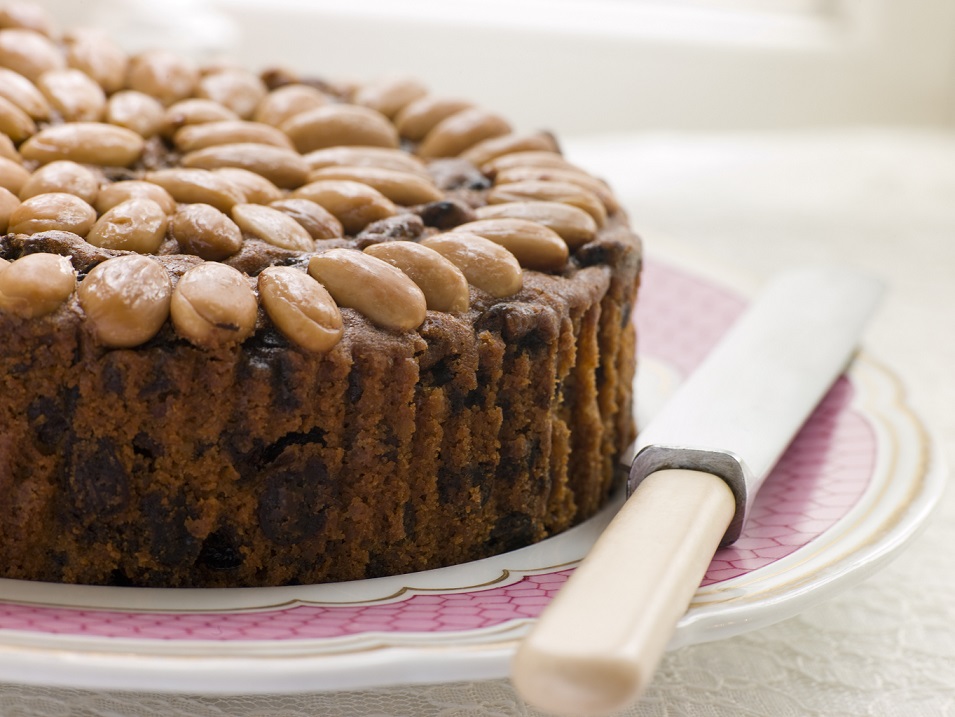 With a history going back to the 19th Century, the Dundee Cake is a Scottish fruit cake made with currants, sultanas and almonds. Popular belief is that Mary Queen of Scots didn’t like cherries in her cakes, so a fruit cake was created for her using almonds instead of cherries.

And here our cake eating bonanza came to an end, just before we crossed the pond to Northern Ireland and our waistlines started getting wider. There are two very important things we learned during our British cake off...