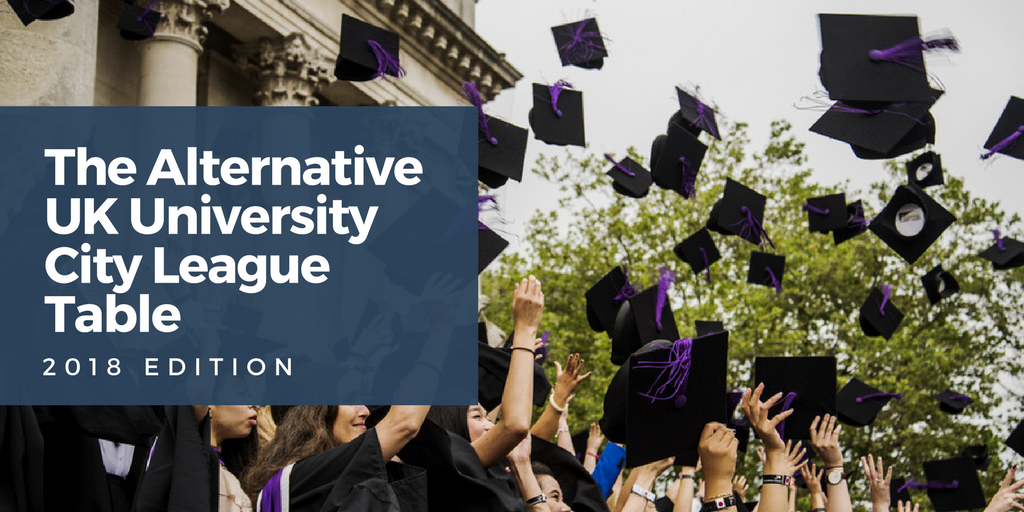 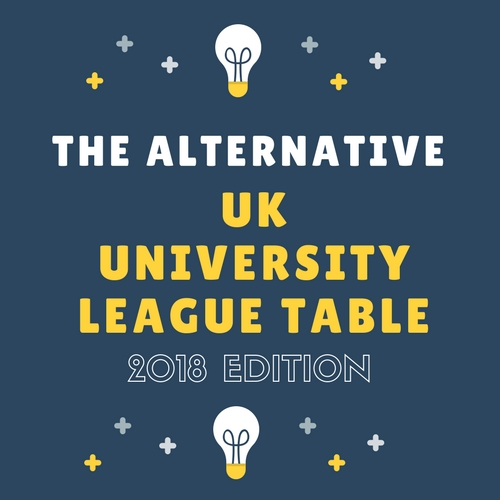 We all know that the likes of Oxford and Cambridge regularly feature at the top of university league tables when it comes to student satisfaction and academic performance, but what about the other issues which matter to the students of today?

After all, it’s important to consider more than just the academic factors before making the choice of where to study.

For example, which city is the safest? And which is the most LGBTQ friendly? Here are our five individual ranking lists with a combined ranking to bring you the alternative UK university city league table.

Firstly (for those who simply want to see the overall outcomes of our research), here's a look at how the UK's top 37 university cities rank when combining third-party research across five areas:

For an insight into the individual league tables across the five areas, see below where you'll also find information on where the data was sourced from.

Using the most recent statistics from The Complete University Guide, we’ve looked at which university cities have the lowest number of burglaries, robberies and violent crimes per 1,000 of the population, over a one year period.

Using the crowdsourced salary data from Emolument, we looked at the average salary of graduates from each of the universities in our 37 cities.

The People & Planet University League looks at universities environmental and ethical performance, giving them a percentage score based on factors such as environmental policies, workers’ rights and sustainable food.

Price Of A Pint

Using data from pintprice.com, we’ve compiled the average price of a pint of lager in each of the 37 cities we’re looking at. (Bear in mind that the national average was £3!)

In recent years the LGBTQ charity Stonewall has produced a university guide highlighting the institutions which are the most LGBTQ friendly, based on a ten-point checklist covering factors such as whether they have an LGBTQ society and what other sort of support and resources are available.

Unfortunately, they haven’t published a guide for 2017 so we’ve used the most recent data available.

(Bear in mind that Stonewall scored the universities and not the cities themselves, so a low score doesn’t necessarily mean the city doesn’t have a great gay scene outside of the university.)